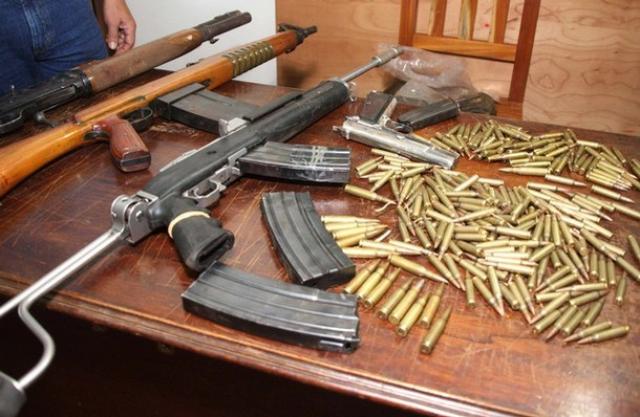 13 year old Anthony Escobar decides that today he would go to the sidewalks outside his Echo Park home located in Los Angeles to pick up some lemons and hopefully enjoy a nice cool glass of lemonade on a hot day. If you were Anthony who was looking at those delicious as well as tempting lemons just outside your home, you would never expect to be the next victim of a gang shoot-out when you are picking up those delicious lemons.
On March the 7th of 2008 the slaying of Anthony Escobar was the fourth victim in a series of gang shoot-out located in LA. The crime rate in America is increasing every year due to many reasons like the increasing prices and lack of jobs. Malaysia is currently facing the same problem. Imagine that everyday a violent crime or murder occurring every few minutes and it happens just right outside of your own home. What would you do and how will you live with it?
In 1997, one murder occurs every half an hour in America alone according to the Federal Bureau of Investigation crime clock and currently in Malaysia serious crimes have shot up by 13.4 per cent in 2006 as compared to the previous year, they have shot up by 119%, with gang robbery without firearms leaping by 268% and rape by 116% according to Datuk Lim Kit Siang article regarding the increasing crime rate in Malaysia.
The article stated that Malaysia crime index had crashed the 200,000 barrier in 2007 to 224,298 cases – when the Royal Police Commission had said in its report in 2005 that the crime index of 156,455 cases of crime for 2004 “seriously dented Malaysia’s reputation as a safe country” and he recommended an immediate reduction of the crime index by 20per cent in the next 12 months. The Royal Police of Malaysia showed an ever increasing statistics every year. In 2007 alone there was an increase in cases which was 209,559 cases which was reported compared to 2006 which was 198,622. The statistics showed a steady increase from the year of 2005 which is 157,459 cases.
A crime and safety report done by the overseas security advisory council showed that purse snatching is a frequently reported crime against civilians. The usual modus operandi is one or two males on a motorbike approaching the target from the rear and snatching a purse, handbag or a cell phone. This type of snatch and run tactics has been executed by occupants leaning out of automobiles. James Navin who is a student from Segi College and lives at Jalan SS2 which is closed to Taman S.E.A high school said that students and ladies who walk back from school or work usually are the prime targets. “Although the police frequently do their rounds of patrolling around the neighborhood which helps to slightly decrease the number of snatch theft occurring, there is still that fear of your hand phone or bag being snatch right in front of you,” said James.
James had once witnessed a snatch theft occurring right outside his home where a young lady’s bag was being snatched from behind by two unknown suspect’s right in broad daylight. “It happen so fast I could not even help the lady chase the two people who had done it and they disappeared so fast,” James said. Recently there was a shoot out between a suspect who was wanted for a spate of robberies in several shopping malls as well as convicted for murder with the police officers from the serious crime division in Jalan SS14 which was quite close to the colleges located in SS15.
Many high school and college students live in the SS14 area due to the many facilities like pool center, food courts and the close location of their education areas. This would make SS15 a prime location for criminals and make students easy prey as well. Of late snatch theft and robberies are getting more common in this type of area. These robberies can happen at any particular time for example just a few months ago a group of 6 people on motorbikes mug 3 women in the Shell petrol station located in Bangsar at 3 A.M in the morning.
The duty of preventing these crimes from happening does not only lye in the police hands; it also is our duty to prevent these crimes from happening by not giving these criminals any sort of motivation to steal or mug us. For example basic small things like do not reveal any valuable materials such as gold chains or diamonds and try to refrain from going out at late hours like 3 in the morning.
Filed under: Opinion, World
Share Tweet Pin G Plus Email
previous article: Virtual Reality a Boon or a Curse?
next article: MUSIC CAN RELIEVE PREGNANT WOMEN