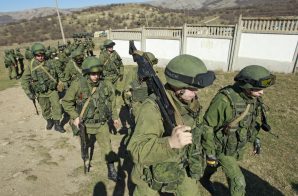 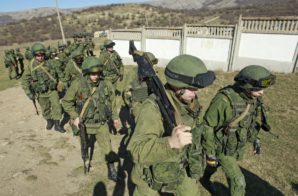 Just after Crimea accession to Russia there were a lot of talks about the multiple-vector Crimea development. Russian government laid down plans regarding tourism, medicine, winemaking, infrastructure, energetic development. A lot of promises were heard to solve the problems with water supply and purification, with transport connection, etc. The plan of establishing a recreation, entertainment and gambling area, in other words,of turning the island into modern Las Vegas, was seriously discussed. The free economic zone was considered to be created in Crimea. All in all, it was the period of commitments and dreaming for Crimeans. At that time occupational authorities drew bright prospects for the future.

Though two years after Crimea occupation it is possible to say for sure that no promises were fulfilled. Still Kremlin successfully copes with the only one task – implementation of the project of powerful multipurpose military base build up. Today, all the resources are directed to achieve this goal. No one still refers to Crimea peaceful development plans, the social component fell into the shade. Moreover, it becomes clear that Crimea militarization eliminates the possibility of tourism and resort business development.

The Russian authorities aim at deploying powerful military alignment of 100–120 thousand of military men in total at the peninsula. It is planned to locate more than 40 new regiment- or brigade-sized formations and military units. Currently the number of soldiers in Crimea is already about 50–60 thousand. To hold the situation and prevent possible protest actionsRussian authorities have substantially increased the number of special service staff. In Crimea their number is three times as much as in other Russia regions. It’s easy to assume that majority of military men expect to stay here after retirement.

Thus, the life of civilians suffers serious changes. Militarization plans regarding the peninsula involve implementation of the “Crimea for Russians only” project. It is evidenced by quite frank statements of occupational authorities’ representatives. Thus, for example, the spokesman of Crimean “state council” Vladimir Konstantinov has expressly stated that over the following 10 years Crimea will remain a migration project. The Russian authorities encourage Russian civil servants and former military men to move to Crimea. All the management of enterprises and organizations is already replaced by Russian specialists. And the number of such “migrants” at the peninsula is above 100 thousand. All of them are followed by members of their families – wives, children and often their parents moving to the permanent place of residence. They get jobs on a priority basis as well as school and kindergartens for their children. Indigenous people appear to be defeated in rights as well as undesirables were by hook or crook forced out of Crimea. They were replaced by Russians (as a rule, from the depth of the country) used to Russian realities, who will not pose a problem for the authorities in future.

The important role in runoff of the citizens from Crimea belongs to difficult economic situation. Uninterrupted power distribution still is not arranged at the peninsula. Due to the absence of land communications with the mainland and dependence on the supply from Russia the prices for food and goods of prime necessity grew rapidly. Sharp decline in living standards, problems with medication delivery, difficulties with medical services lead to birth-rate failing and mortality increase in a time of occupation. Turnover of employees was registered as a result of sharp decline in living standards, low salaries and at the same time steep demand of employers. The number of jobs decreased by 25% but the authorities takes no shots to make a difference. Criminalisation of authorities at the local level, raiding, corruption, complete breakdown of law and order became a new Crimean reality, therefore it became less and less attractive place for recreation and increasingly uncomfortable, even dangerous, for life.

The situation with human rights has deteriorated. The authorities brutally prosecute any nonconformity. People with pro-Ukrainian position are represented as extremists, criminal cases are initiated against them assigning infringement on national security and stirring up interethnic hostility. Journalists, civil activists, Crimean Tatars, ethnical Ukrainians and people of other nationalities, who constitute themselves as Ukrainian nationals, i.e. who refused to change Ukrainian citizenship to Russian, are considered to be disloyal and potentially dangerous. The authorities make uttermost to dispose of disloyal people. It is well-known that currently over 40 thousand of Ukrainian nationals have already left the peninsula.

All these facts meet the single strategy focusing at squeezing indigenous people out of Crimea. This is facilitated also by staff and educational policy. For example, graduates of Crimean schools are provided with state-funded places in Russian universities, but the fact that following the graduation young professional would be obliged to work for five years upon distribution generally in outlying regions of Russia – Siberia, Ural, Far East – is deliberately not advertised. During these five years young people make families at their new location, give birth to children and the issue of returning home becomes not relevant. Thus, Russian government solve two problems at once: settle up the depressive regions of Russia and wash away indigenous people of Crimea.

Different methods are used to perform colonisation of invaded territory. The plans of new “proprietors” to create unbearable conditions for the indigenous people of Crimea and undesirable persons, to settle the peninsula with military and civil specialists, to do everything possible to make Crimea Russian, to give its new citizens something they may lose in case of Crimea return to Ukraine become more and more evident.