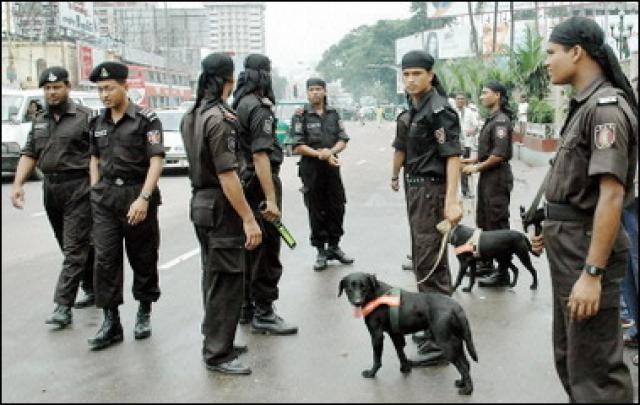 A local criminal was killed in a shootout between his associates and a police-RAB joint team in Navana-Bhuiyan City Project area in Siddhirganj thana early today.

The deceased was identified as Mamun Mia alias Kutta Mamun, 35. He was wanted in 14 cases, including murder, RAB sources said.

Acting on a tip-off, RAB-11 troops and police personnel jointly conducted a drive in the project area while Mamun and his men were holding a clandestine meeting there at 6:00am.

“As soon as the law-enforcers reached the spot, the criminals opened fire on them, forcing them to fire back,” says a RAB account of the shootout.

“Mamun was caught in the line of gunfire trying to flee during the gunfight and died on the spot,” it added.

RAB men recovered a pistol, revolver and three rounds of bullet and four bottles of phensidyl from the scene.