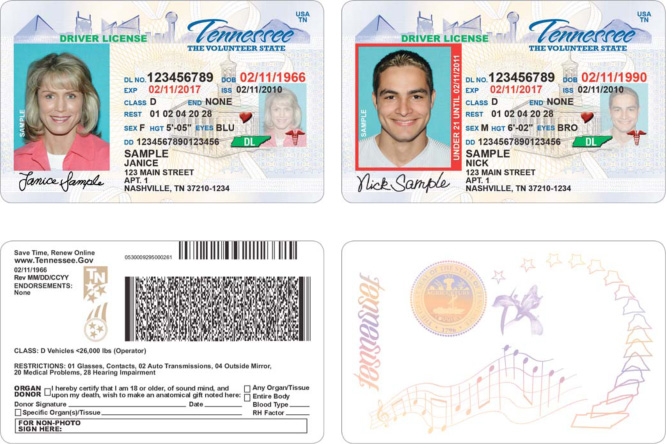 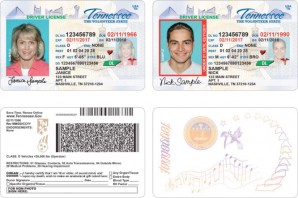 In 2010 I did an article which got me in some hot water in Rush County, Kansas. It was called: “Criminals side step security measures to get Kansas drivers licenses using other state issued ID cards”. Needless to say it caused quite a stir in my small town, especially among those who harbored and hired illegal aliens.

The article read as follows:

It’s called the “side step maneuver” in identity theft.

It begins with the purchase of stolen or fraudulent identity documents by illegal immigrants, like social security cards and birth certificates, which are then being used by someone to get a state issued drivers license or photo identity card with their picture on it.

On the street the “ticket to ride”.

From there it’s just a matter of “paper tripping” to exchange that state issued drivers license for another, and another, and so on and so forth.

Trip this a few times, leaving bogus addresses along the way and you get “lost in the crowd”.

Mistakes of course sometimes happen when identity thieves get greedy and sell you stolen or misappropriated social security cards and birth certificates from someone who may already have a drivers license in that state where you apply.

For example the Kansas Department of Revenue’s Division of Motor vehicles are seeing more fraudulent drivers license application presents genuine birth certificates and other forms of identification that were actually issued to someone else.

What people don’t seem to understand is that illegal immigrants don’t go out and steal identities – what they do is ‘purchase them’ from others as a means to gain access to employment and jobs. If you ask them they don’t consider themselves “criminals”, but they are!

So are the employees who hire them by the way, and know they are under no requirement whatsoever to verify identification documents, like social security numbers and drivers licenses.

Infact many businesses “pretend they don’t know what is going on”, when confronted about the fact that they are employing illegal immigrants.

All they care about is getting the work they need done. They don’t care the people they employee are here illegally – that is somebody else’s problem.This is the attitude.

In Rush County, Kansas we have illegal immigrants all over the place. But nobody says anything about that.

We suspect many are working at places like KBK industries, located outside Rush center, Kansas and by local licensed and unlicensed construction contractors in the area.

Some of these employers also pay people wages ‘under the table’ to avoid paying taxes and as a way to cheat the federal and state government out of taxes and revenue.

They simply don’t care where these people come from in many cases. It reminds me of the military policy “Don’t ask, Don’t tell”.

In many cases businesses have found it’s easier to just exploit the illegals. Who work very hard, and never complain about their situation. They know if they do complain they will be fired, or threatened with being turned over the “La Migra” ICE immigration enforcement officials.

When confronted many businesses claim the illegals are “sub contractors”. There are many ways to circumvent the law in this regard.

At the first sign of trouble these employers drop them, like hot potatoes, and hire someone more later on when the heat dies down a bit. You can’t go to places like Dodge city, Kansas and not see that they have a major problem with illegal immigrants . The police shrug their shoulders and say that their hands are tied by the local chamber of commerce who pressure them not to enforce federal workplace enforcement laws.

Illegals can also smell trouble coming from a million miles away and will often time quit the job abruptly after getting paid. If they see ICE officials move in they scatter to the four winds, and move someone else, and set up shop all over again. I remember once I was working as a bus boy at a restaurant in Phoenix, Arizona when immigration people came in. I walked in the kitchen and the cook and dishwasher were gone! They simply vanished like ghosts in the night!. In a few day they came back again, and I was told not to discuss what happened by my employer under threat of being fired. I told him that he was engaging in an illegal act by hiring undocumented workers, and I wanted no part in it. I told him to take this job and shoved it! The next day he had replaced me with an illegal immigrant from Ecuador, of all places. By the name of manuel Santiago. According to the guys employment application, my girlfriend took- Manuel was born in Michigan in 1963? We all knew he was from Ecuador…

Illegals network with other illegals and travel to so called ‘sanctuary cities’ where they know the cops are under pressure by small businesses not to bother these people. In some cases they are trucked in from places like Arizona, New Mexico, and Texas by such companies as Tyson foods, and Cargil meat packing plants.

In some instances the cops are not allowed to ask someone if they are here illegally – out of fear of a lawsuit. The same is true in Kansas, I’m afraid.

Easy to get a drivers license if you know how.

Many states, including Kansas have rather strict requirements for getting a state issued drivers license, so officials think they are doing all they can, and pat themselves on the back and give each other high fives – other states are a little more relaxed, and less stringent. Herein is the problem. It doesn’t matter how good your state standard is for getting a state issued drivers license, when other states are less strict. The chain is only as strong as it’s weakest link – the same is true about state drivers licence requirements around the nation.

Illegals get around that by seeking out those ‘loophole states”.

Everybody knows it’s much easier to get a drivers license in south Alabama than it is in Manhattan New York, because of facial recognition software, and other security protocols -so the criminals do the ‘side step maneuver’ to get around it.

They can then use the state issued drivers license, as one valid form to get , another and another, so on and so forth.

A few moves like that and you get hopelessly ‘lost’ in the system.

Over time you become embedded so deep within the community, you become virtually indistinguishable from the crowd.

The problem is that there is no uniform standard for drivers licenses requirements nationally!

A national ID card with a bio-metric identifier could prevent that, but many states have a vested interests in keeping the status as it is.

Many state Governors however claim the REAL ID act is an “unfunded mandate” and an infringement of state sovereign laws.

So they have passed laws exempting themselves from federal legislation which would otherwise require employees use “e-verify” to prove the people they hire have a legitimate social security card, and right to work in this country. This is particularly true in Kansas where I am from. Where the general attitude is “it’s not our problem it’s the federal governments.

The problem is really one of greed and self interest.

Many small and large businesses in Kansas, for example value illegals as a ‘cheap labor force’, who they hire at poverty scale in order to pass the health insurance costs on the state.

The trend now, among illegal immigrants is to use legal names and identity documents to assume the identity of someone who is already in the system, and has a right to work in the country. These people are difficult and hard to catch because they are located in different state around the nation.

There is also a reluctance on the part of many local and state law enforcement to get involved. They often claim it’s not their job to enforce federal immigration laws. Hence in effect they become part of the problem.

With the exception of Arizona perhaps, which was actually taken to court by the federal government when it decided to mandate local law enforcement officials check identity documents of suspected illegal immigrants, and enforce federal immigration laws.

They also got their head slammed for doing it.

It resulted in a fire storm of protests by illegals and legal immigrants alike who claimed they were being racially profiled and discriminated against.

Illegals hiring illegals! (It’s all in the family so to speak).

Many illegals come here and start their own businesses, and hire nothing but illegals immigrants who they know are illegal. The law requires that you be a US citizen to work legally inside the United States, but there is no requirement that people who start up small business be legal residents.

So you have a situation where illegals are hiring illegals.

This is particularly true among the tens of thousands of unlicensed contractors, every major city in the United States. Many licensed construction contractors complain they can’t compete with that! Many resorts to hiring illegals themselves…

To give you an idea on the scope of the scope of the problem with respect to identity theft, every state’s drivers license bureau has reported identity theft as a major problem. Every State Attorney General recognizes identity theft and the use of personal information to gain fraudulent identity documents. It’s rampant. Current estimates are 5% of the entire US work force is “illegal”. At to that the problem of our unsecured border, lack of workplace employment verification, human trafficking and you have a ‘Boondoggle’ mess on your hands.

The fact is the United States government has no idea how many people are here illegally. During the last Census count, for example they encourage illegals to step forward, and then counted them as ‘legal citizens’ in an effort to ‘game the system’ to their own advantage.

The problem has now gotten so bad, that nobody wants to do anything. It’s a conspiracy of sorts that begins at the highest levels of government and peculates down to the local level.

In this way we will never be able to solve our illegal immigration problem in this country. And this is by design!