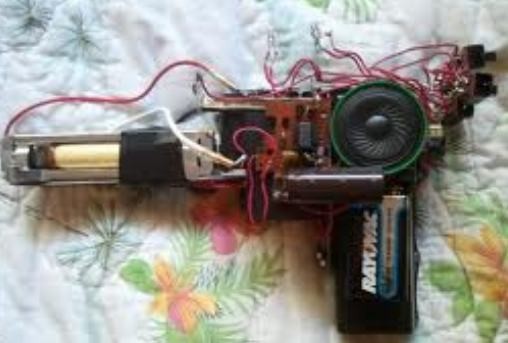 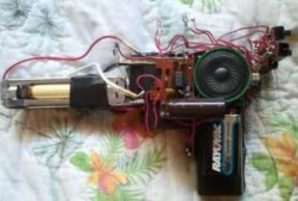 Every once in a while I get sent something strange on Youtube that gives me pause to think. That was certainly the case today when a friend sent me a video featuring a real life working laser gun.

“I hacked a crappy electronic airsoft gun into a burning laser blaster using a laser diode from a 12X blu-ray disc burner. This thing is absolutely awesome. If you don’t feel like spending $200 on a 12X burner just for the laser, you can get the laser diode for $50 from here:http://www.modwerx.com/shop/laser-components-c-2/bdr-s06j-12x-blu-ray-burner-…Or you can use a 2W blue laser diode for even more power! http://www.modwerx.com/shop/laser-components-c-2/5-6mm-445nm-1w-”

Having confirmed with a specialist in “home made” lasers that the video is real – I decided to share the video with a trusted friend in electronics (See: http://www.youtube.com/watch?v=yTnqamZJ97g&feature=g-vrec&context=G2afe7e4RVAAAAAAAAAw

According to Paul Sally of Charlotte, “the laser is real enough”. “I built one according to the guys specifications and it actually worked”, he said. Adding that it is “a crude model compared to what the military is currently working on right now. But ingenious nevertheless.”

Sally estimates you can put the same device together for “under $300 dollars.”

“The most expensive thing would be the 2W Blue laser diode”, he said.

Sally added all this stuff is commercially available…saying “you could really cause some damage if you shot someone in the face with it.”