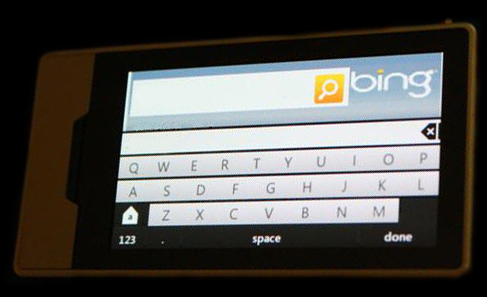 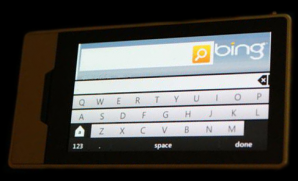 Internet users in Cuba say the first few months of an initiative to increase access to the web have been marred by tight government controls and censorship.

Access has also been restricted by high costs and the uneven distribution of the 118 public access points, similar to internet cafes, across Cuba.

The 70 million dollar project was launched in early June by the state telecoms monopoly ETESCA. (See Cubans Get Web Access, But Costs Are High.)

On the technical side, the service has been boosted by a fibreoptic cable connecting Cuba with Venezuela, Havana’s principal political ally. Jorge Luis Legrá, ETECSA’s director of strategic programmes, told the Juventud Rebelde newspaper that the link would double Cuba’s internet capacity.

Deputy communications minister Wilfredo González said the only limits to access were technological and financial.

He failed to mention censorship, a feature that has become apparent to those attempting to use the service.

Users have to sign terms and conditions warning them that they may be banned for “actions that ETECSA or the administrative and judicial might consider harmful or damaging to… independence and national sovereignty”.

Anyone wanting to open a permanent account must present their identity card and fill out forms providing personal details.

Once online, users will find that many websites are blocked, including those critical of the Cuban government. These include the news sites Martí Noticias and Cubaencuentro as well as blogs such as www.elblogdemontaner.com and www.oswaldopaya.org.

Also blocked is the Spanish-language news site www.libertaddigital.com, which reported the death of opposition leader Oswaldo Paya last year in a car accident which the dissident’s family said was caused by the authorities.

Cuban blogger Walfrido López said the new web access centres had up-to-date equipment and satisfactory surfing speeds, but this was let down by censorship and poor digital security. He invited webmasters of pages on Cuba to email him to ascertain whether they could be accessed inside the country.

He alleged that ETECSA had manipulated the Windows XP operating system so as to remove various options like copying and pasting text into emails and blogs, controls for downloads, and options to delete recent search history and remove cookies.

Lopez also noted that the computers made it impossible to run programmes stored on USB drives.

Internet content has been strictly supervised by the state since Cuba first connected to the web in 1996.

According to the National Statistics Office, by 2011 approximately 23 per cent of the population had access to the internet, mostly through their workplaces or universities or via computing clubs. Locals could also get onto the internet at some hotels catering for foreigners, although this was expensive.

Independent journalist and writer Alina Robeldo said that she had experienced high levels of online scrutiny in the past.

“It also happens in hotels, where more than once I’ve had restrictions on service which other users don’t have, and when I ask why, they evade the question,” she noted.

Blogger Lía Villares said the official discourse still portrayed the internet as something sinister and unsafe.

“I don’t know how many times I’ve seen it said – as much on national TV as in public debates… that the internet is dangerous for Cubans and that there has to be censorship to ‘protect’ us from these threats,” she said. “I don’t know whether I should laugh or cry.”

Many users are excluded by the high fees charged by the internet centres. Web access is priced at 4.50 convertible pesos an hour, a quarter of the average monthly wage. The convertible peso or CUC is a parallel currency pegged one-to-one with the US dollar, and separate from the normal peso.

Internet user Rodolfo Márquez says the new system “does not really satisfy the current demand for internet in Cuban society, as the high prices prevent all those interested from getting access”.

The authorities have said costs will come down as soon as they have recouped some of the initial investment in the infrastructure.

Another obstacle is that the government-provided service is unevenly distributed across Cuba, with just 334 computer terminals shared out among all access points.

Guantánamo, the province furthest from the capital, has nearly 511,000 inhabitants but will only have three public access points. In the Güines municipality of Mayabeque province where more than 67,000 people live, no computers will be made available.

Provincial centres Artemisa, Ciego de Ávila, Holguín and Bayamo have been allocated one access point with three computers each.

Havana has 12 access points, fewer than the 18 points in Matanzas, the most tourist-friendly part of Cuba. The central province of Villa Clara comes in second for the number of connection points.

For now, the new public access points are the only viable option for most people who want to use the internet. Only businesses, state and commercial entities, or foreigners with temporary or permanent residence can currently connect to the internet in private homes, although these packages are sold illegally amongst Cubans at prices between two and three CUC per hour.

On the banned Cuban classified ad website www.revolico.com, which can only be accessed through a proxy server, there are adverts for illegal connections using a normal telephone line and a computer.

The Cuban government has promised to make internet access available in private homes by the end of 2014.

Some users like Aramís Fonseca have welcomed this step.

“A domestic service will reduce the amount of customers at the access points, which are fuller and fuller as more people find out about the service,” he said.

Others question whether Cuba has the capacity to make this technological leap.

“I don’t believe that we’ll have internet at home in the short term,” said internet user Marques. “I think the technological infrastructure is too poor. And anyway, I don’t think it would have the same speed as in the access points.”

As independent journalist Robeldo points out, aside from matters of censorship, cost and availability, the internet has yet to capture the attention of most Cubans.

“We are talking about a very limited impact on society,” she said. “In addition to high prices, the problem is that in Cuba lots of people don’t know what to do with the internet, or even what the internet is.”

Nico Cervantes is a Cuban journalist and photographer.