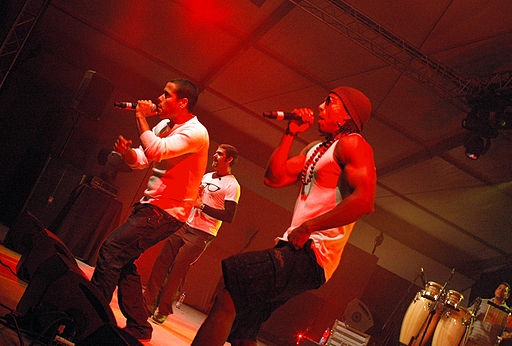 Artists have to tread carefully between self-expression and offending officials.
By Nico Cervantes – Latin America
23 Aug 13 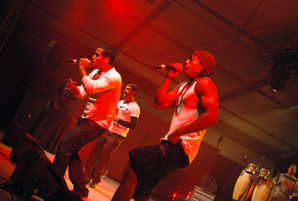 A hip hop festival has highlighted the tensions for Cuban artists seeking a balance between artistic independence and operating with a measure of government approval.

But there were some significant absences as well, which performers said were a sign of the difficulties artists encountered in Cuba.

No one connected with the Omni Zona Franca collective (OZF) took part, even the festival was held partly in Alamar, the Havana district where they are based.

OZF, which runs experimental and community-based projects, was tolerated by the Cuban authorities for the first few years of its existence. But in 2009, it was summarily evicted from Alamar’s cultural centre and had to operate on private premises.

Álvarez, who acted as events director for Zonas Poéticas, said relations with OZF were excellent and they had cooperated on other events. He put other significant absences from the event down to the lack of “any competition to force artists to improve themselves and to function as a community”.

Glenda Bonne, a poet and member of the organising committee who also performed at the festival, agreed, noting that Cuban performers only really got excited by an event if there was a possibility of meeting foreign acts.

“We give them the programme of what’s happening at a festival and very few come, but if we tell them there’s going to be a meeting with foreign artists or that there’s to be a festival in another country, then they do come,” she said. “That irks me as a poet, as a coordinator and as a young Cuban.”

As well as backing from the Norwegian, Swedish and Belgian embassies, Zonas Poéticas had some funding from the Cuban Rap Agency, a government-subsidised body that promotes hip hop.

Cristian Forte, an Argentine poet, said this kind of state support for fledgling cultural movements was sometimes necessary, noting that some of the festival‘s events were hosted by Havana University’s arts and literature faculty.

“Circumstances are generally hostile to breakaway movements [so] I am surprised and pleased that the university is interested in providing this space to a group of youngsters who continue to operate mainly underground,” Forte said.

Álvarez and Bonne agreed that institutional support was important, but added that they were well aware of the risks of being coopted by the state.

“You are forced to act in this peripheral way,” Álvarez said. “In Cuba, a centralised structure prevails. Institutionalism is so corrupt that if you work with its patronage, you won’t be able to have an aesthetic based on your own criteria. The institutional criteria will be imposed and in the end you won’t achieve anything.”

When it came to accepting further support from official institutions, Bonne said, “We’d have to see the conditions they set, or impose. If they impose them, we won’t work with them.”

Government approval for arts projects can be arbitrary, so that events that have previously proved successful sometimes get refused permission for a re-run.

In 2011, the culture ministry cancelled the Rotilla festival, a free event featuring rave music on Jibacoa beach in Mayabeque province, and replaced it with a series of government-sponsored concerts.

Rotilla organisers said government institutions which had previously tolerated the festival were attempting to dictate which acts could play, and to change the whole concept of the event.

Others have had similar experiences. Rodolfo Rensoli, a civil servant by day, was a founding member of the Groupo Uno rap collective which launched a festival in Alamar in 1995.

Rensoli sought government backing so that the events could go ahead, but the project ultimately failed. “We paid the price of the authorities misunderstanding us,” he said.

Nico Cervantes is a Cuban journalist and photographer.