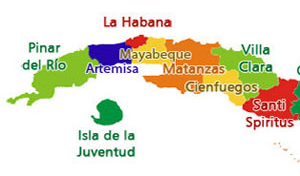 They say they were forced out by intimidation and false promises.

Most of the homeless families who took over an unused plot of land in Cuba’s Mayabeque province have decided to move out, citing threats by officials and heavy fines.

Only five families remain on the land, which belongs to a government organisation called Cultivos Various and is located on the western outskirts of the town of El Sopapo, part of the Batabano municipality.

In February, two families moved in, and were rapidly joined by another 30 households, who marked out equally-sized plots for themselves. (See Squatters Take Over State Land in Cuba.)

Cirilo Navarro, who has now left his plot of land, said most of the squatters moved out after repeated visits and threats by officials from Batabanó’s municipal government and Cultivos Various.

Navarro said that on one occasion, officials arrived with a tractor and told the occupiers to abandon the site or else all the structures they had built would be demolished. They also threatened legal action because the majority of the occupiers did not have authorisation to live in the province. Most had moved into this area, close to the capital Havana, from less prosperous eastern regions of Cuba. This pattern of migration is not uncommon in Cuba.

Some of the squatters were fined up to 1,500 pesos, 60 US dollars – more than three times the average monthly wage in Cuba.

The occupiers had been hoping that after imposing fines, the authorities would offer them a chance to submit a legal claim to the land, on the grounds that it was lying unused anyway.

“We chose this land because it doesn’t make any difference to anyone,” Navarro said. “As long as I’ve known it, it’s been underused. Because of the state it was in, the inspectors told us that they’d definitely end up transferring it to us.”

Elianis Alcántara, a member of one of the five families still refusing to leave the land, claimed that municipal housing inspectors told her that they would help her stake a legal claim to her plot once the total amount of fines she paid surpassed 1,500 pesos.

“I feel like I’ve been deceived,” she said. “They told me if I signed and paid the fines, the housing office would be obliged to authorise my claim. But every time a government worker comes, they threaten to evict me.”

Most of the squatters had previously been staying in camps meant for local farmworkers or in the homes of friends and family. 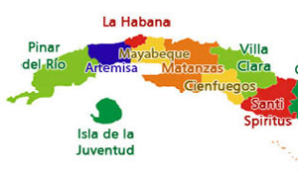 Some have returned to their previous accommodation, but others have lost their jobs and consequently their right to housing.

Urbano Viciedo was left both unemployed and homeless, and had to send his wife and four-year-old daughter back to stay with his family in Granma province in the east of Cuba.

“Someone always helps me with a plate of food but I don’t have a fixed place to live,” he said. “I sometimes sleep wherever I am when it gets dark. I can’t expose them [my family] to these living conditions.”

Navarro said he had risked everything he had in trying to claim a plot of land.

“In the end, the government always wins,” he added.

Osniel Carmona Breijo is an independent journalist reporting from Havana and Mayabeque province.