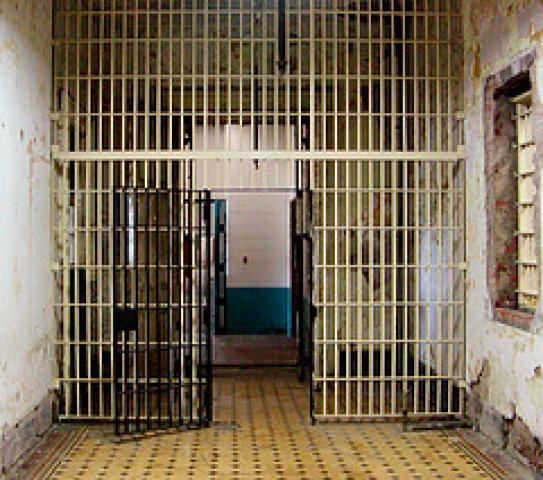 “‘They are dying, they are dying.’
It was the lament of one of the handful of women in white who attempted to demonstrate peacefully in Havana…”
– Ninety miles away…. in another country

It has been the most discussed topic in the Cuban blogosphere over the last week: the arrest of Las Damas de Blanco as they staged a peaceful demonstration for the release of their husbands, jailed by the Castro regime.

As if to underscore its impact, Free Thoughts posts a series of photos as well as video of the incident, while over at Revista de Asignaturas Cubanas [es], Laura Pollán a Dama de Blanco also posts some photographs with descriptions taken by Bárbara Jiménez of the group of women prior to being removed.

Child of the Revolution examines the media’s role in shaping perceptions of the event:

The whole shameful episode was captured by a handful of foreign media journalists in Havana and broadcast to the rest of the world, although in the scheme of things, the coverage was fairly limited.

Now, two days later, the regime has used its media apparatus to attack the Damas de Blanco directly. Instead of doing what they normally do and ignore the demonstration, the regime has publicly accused the women of being subversive elements and mercenaries doing the bidding of, yes, those nasty Americans.

He further explains that:

The women have now accused the Castro regime of spying on them, following the broadcast by the official media of telephone conversations between some of the Damas de Blanco and a US congresswoman…

The Cuban Triangle links to a BBC report from Havana (Sp) that “puts the action in the context of overall opposition activity”:

The Damas, correspondent Fernando Ravsberg writes, are “the only dissident group that undertakes street activities. The bulk of the opposition has limited itself to working indoors, with press conferences, meetings, and statements.” Ravsberg describes divisions within the movement regarding political issues and tactics in the face of a government that “practically every week announces changes, the large majority of which are well received by the public.” The movement, he writes, is “small, divided, and with very little social influence.”

I’m sure that many will read that as criticism, but Ravsberg is leading to an interesting question. If changes in Cuba continue, and especially if additional changes materially affect all Cubans, not only those with hard currency to spend, will that change the political context in which the opposition operates? Will it change tactics? Should it?

La primera generación thinks that “Cuba clearly violated the Universal Declaration of Human Rights which it is a signatory to”, adding:

The United States has deplored these actions and brought this violation to light. Is anyone besides the US going to do anything about it?

Osvaldo Alfonso Valdés of Miscelaneas de Cuba [es] states his view of what this action says about the new regime:

Let’s state it clearly: if the Raúl Castro regime cannot tolerate that 10 women pacifically and publicly present a letter to the government, then, what changes and improvements to fundamental rights and political changes in democracy can we expect of this new government of the Cuban dictatorship?

Radio Martí reports that the Damas De Blanco (”Ladies In White”) today resumed their weekly demonstration on behalf of their imprisoned husbands, fathers, sons and brothers, less than a week after 10 women were roughed up and arrested by the police and a Castroite mob.

Unlike what happened April 21, the women were left alone as they marched in silence down Fifth Avenue in Havana.