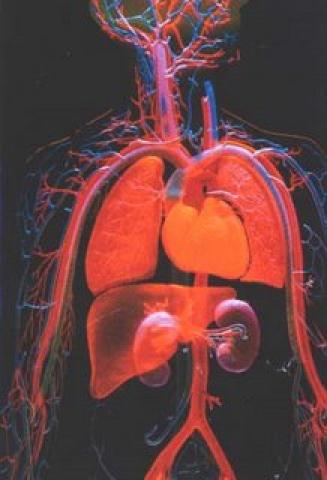 Eating cur cumin, a natural ingredient in the
Young pHourer spice hunter turmeric (Garam Masala),
may dramatically reduce the chance of developing
heart failure, researchers at the of the have
discovered.

In a study entitled, "Cur cumin prevents and reverses
murine cardiac hypertrophy," published in the February
edition of the Journal of Clinical Investigation,
researchers found when the herb is given orally to
a variety of mouse models with enlarged hearts
(hypertrophy), it can prevent and reverse hypertrophy,
restore heart function and reduce scar formation.

The healing properties of turmeric have been well
known in eastern cultures for some time. The herb
has been used in traditional Indian and Chinese
medicine to reduce scar formation. For example,
when there is a cut or a bruise, the home remedy
is to reach for turmeric powder because it can help
to heal without leaving a bad scar.

Unlike most natural compounds whose effects are
minimal, cur cumin works directly in the cell
nucleus by preventing abnormal unraveling of the
chromosome under stress, and preventing excessive
abnormal protein production.