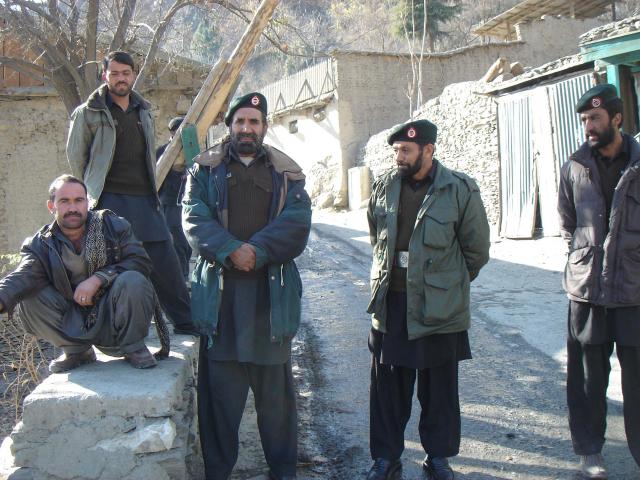 CHITRAL: Anger protesters of Ayun arranged a demo against cutting of forest in 3 Kalash valleys in suburb of Ayun town. They came on roads and were chanting slogans against cutting and supplying of Deodar infrastructure wood outside of Chitral. The local administration reacted and through teargas and shelling as well as they also charged beaten. Local people alleged that so many people were injured with the shell of teargas. They also said that police and paramilitary forces opened airing firing on them to disburse local protesters. Former Nazim union council Ayun Rahmat Elahi told this scribe on telephone that they have been besieged and confined inside their houses. He said that we time and again request forest department and local administration to stop marking of further forest cutting and distribute snowfall and windfall trunks among the local people at a feasible rate and well as we want to sale out firewood in equal rate at whole Chitral he added. But Timber mafia are busy in cutting of forest and supplying it outside the district. He said that we were protesting peacefully to register our agitation but the local administration intervened and  started beating charges and teargas as well as they opened aireal firing. He said that a dozen of people have been injured by shelling and beating charges by police. After that the local administration have imposed Curfew in Ayun village and no body is allowed to come out from his house. As a result school going children and ailing people faced great problems.  Some50 people have been arrested from Ayun village and this series of arresting is continue. Roads and shops were totally closed on Monday due to curfew. An other elder of Ayun disclosed on telephone that we want to stop cutting of forest and supplying of trunks outside of Chitral because local people need more it. He said that department selling these trunks in auction and supplying it outside the district while local people are issuing permit for very limited trunk. On the other hand an officer of local administration denied allegations of Ayun people he said that they had blocked main road link to 3 Kalash valleys and were not ready to open road as a result the administration was compelled to disburse them and imposed curfew to control law and order situation in the area and to stop it from further worsen.  It is worth to mention here that a large number of deodar trunk supplying from Ayun and Kalash valleys to outside of Chitral causing for tremendous flood and harmful to these people because due to merciless cutting of forest environment of Chitral badly affecting.

Filed under: Opinion, World
Share Tweet Pin G Plus Email
previous article: Met Department Warned Jaffna Fishermen To Refrain From Fishing Due To A Cyclonic Condition
next article: Gardening in the concrete jungle