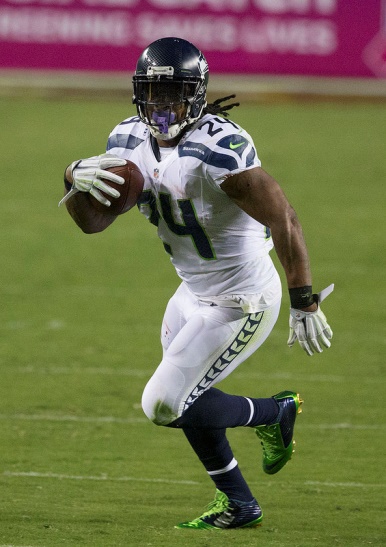 Professional sports was acquainted with 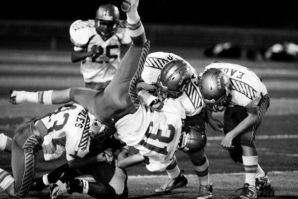 scandals and sore spots long before there was a 24-hour news cycle giving fuel to the fire. From Pete Rose to Ben Roethlisberger, professional athletes and the organizations they work for have often had an uneasy partnership. When it comes to professional football, the list of players causing headaches that make the national news isn’t overly long at the moment, but the reasons for the headaches they’re causing are still pretty complex, and in some cases — like concussions and CTE — they seem pretty damning. Here is a brief look at some of the players making trouble for the NFL as well as the nature of the trouble they’re causing.

After a fantastic rookie season with the San Francisco 49ers, linebacker Chris Borland announced he would be hanging up his helmet in order to avoid CTE, the brain injury and brain disease that have been linked to the repeat concussions so common in the NFL— especially for the players along the line of scrimmage. At just 24 years old, Borland was a star with a big paycheck, a great-selling NFL jersey, and a promising football future to look forward to on the field. Now, he has become the reluctant poster child for how to avoid the NFL’s current biggest problem: concussions and CTE.

For almost two decades the league has been dealing with rumors surrounding what happens to the brains of players who suffer repeat concussions. Those rumors led to research which resulted in more than 4,500 former players suing the league because of the dangers they faced while playing for it. Those players recently settled with the league for $765 million, but as Borland’s retirement after just one year reveals, the league’s troubles with concussions and brain injuries are far from over. 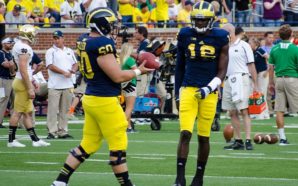 A mere two weeks after Chris Borland jumped ship, a Michigan offensive lineman by the name of Jack Miller relayed that he was going to skip his final year of eligibility as a football player because of concussion worries. The fact that he is forsaking a possible professional football career is troubling to many who want the concussion concerns to go away. A starter who won Michigan’s lineman of the year award, Miller looked to have a bright football future ahead of him. His choice to put his health before potential millions can’t help but create some headaches for the NFL.

One of the best running backs in the NFL right now, Seattle’s Marshawn Lynch has seen his fair share of self-created scandal due to his intense dislike of talking to — or even showing up for — the media, regardless of whether his contract requires him to. Threatened with a hefty fine, Lynch finally relented and attended last year’s Super Bowl media day. However, he famously repeated a single phrase, “I’m just here so I won’t get fined,” to every question he was asked — 20 in all — infuriating sports writers, reporters, some fans, and the league. While in many ways Lynch has become even more of a star for his resistance to play by the media’s and league’s rules, he remains something of a thorn in the side of the NFL. He might not like to talk, but he is a shrewd businessman. He has since trademarked the phrase.

Few people have heard of former Bears’ and Jaguars’ offensive lineman, Eben Britton, but his recent revelations concerning the league’s problems with Adderall have certainly gotten him on the NFL’s bad boy radar. After a four-game suspension for testing positive for the substance, Britton has come clean regarding his own use of the drug, and the way in which it’s rampantly used throughout the professional football world by young men trying hard to keep playing amidst pain and professional uncertainty. As the league’s crackdown on painkillers and illegal drugs has grown, the use of Adderall for added focus and decreased pain has increased — especially because it’s easy to get a doctor’s prescription for it.

The National Football League has had a tumultuous few years thanks to cheating scandals, domestic abuse cases, and the ever-growing threat of concussions. While the game remains incredibly popular, these players and others like them show just how much the league relies on individual players to stay in line, because when they don’t, the NFL’s troubles don’t just fade from the news cycle.

Jack Miller image by Maize and Blue Nation from Flickr.com