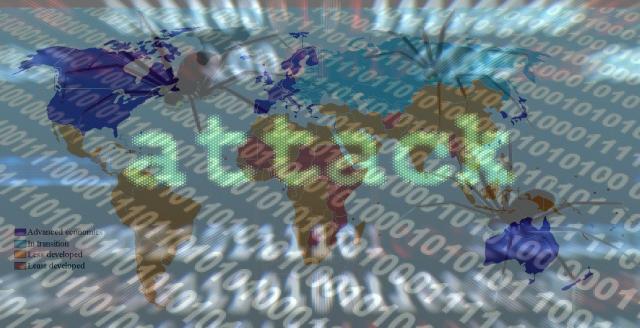 When we talk about cyber terrorism and warfare (CTW), it’s not just at the international level, now it has taken a new form at an individual level where infiltrators and cyber attackers are taking down portals and websites according to their will and situation. It is not just an example of one or two cases but defining the terminology vaguely was past but now due to comfort of growing accessibility the limitation, techniques and bricks of CTW has changed and is diversifying with the concept and revolution of internet. It is now at individual level that targets each and every one of us with the stipulated location.

Looking at the dynamics of internet, the concept of CTW is also changing reaching out in the cyber space at individual level where we lack proper policy and standardization issue.


Though looking at it from a developed perspective might seem as a minor issue but it risks each and every individual who is beyond the secured territory. One can imagine the concept and evolution of internet and just like that the dynamics of CTW is also changing with respect to every individual online?

Getting down to definition,  Cyber Terrorism (CT) is a concept of taking out a vast majority of an online network in a regional basis threatening and risking large-scale disruption of computer networks, with the help of internet by means of computer viruses or any sort of other tools. It can also be lauded as a threat to take down or creating any sort of conceptual framework resulting in a mass disruption of any network in cyberspace resulting in mass destruction.

Whereas Cyber warfare (CW) is a state of action in relation of protection or attack with the consequences of targeting or causing any harm to the websites or groups in cyberspace with a selfish motive.

Now looking at the context of developed countries, it is very well addressed to what has been practiced and working but looking at the context of developing countries and below the margin, the situation is drastically bad. When I say bad, I mean to say in terms of policies and mechanisms to curb and act at times of emergencies. Still today we are talking about big conference where we are still lacking the major issues of DIGITAL DIVIDE and NET NEUTRALITY. The representation and talks about the concepts lacks because the issues get lost in vagueness of power politics and power representation.
Just have a look at the major representation at any of the technological forum, it consist of power language and lobbying techniques.

What is the main problem or issue?

The main problem or issue is the lack of proper policies and mechanisms. Whether you talk about ACTA, SOPA etc all these issues were imposed and counter played because of power politics. In most of the case scenario the big bills bully lobby their plan where the developing countries have no voice.

It’s not about the fight for power but it’s about the fight of control that caters the need of power representation.  Even today cyber space has become a weapon for the vulnerable where one can easily find contents like how to make bombs? Or how to make a virus? It is not about personal freedom but what about the security of the rest. The same information can be used by an expert but for a naive it’s a time bomb ticking.

We are fighting today with the global voice that says internet is for everyone where we hugely lack in terms of operation and hinders us at individual level. It’s very controversial yet contradictory but this is the reality that faces no judgment.

Problem of the developing country

·         The government searches more control over technology and field

What is the use when one end gets a full benefit and the cost of technology is less and the other end risks it all at a cost that is unbearable………….

Internet governance at the local stakeholdership is just a concept of power politics that lack majorly in action.

The writer is an online internet activist and is a fellow student of Internet Governance Capacity Building Programme 2009(IGCBP09).

Filed under: Media & Tech, World
Share Tweet Pin G Plus Email
previous article: Narendra Modi and 58 others under the spell of Apex court case filed by Zakia Khan.
next article: The Supreme Military Court of Libya is deciding lots of the Ukrainian peace technicians