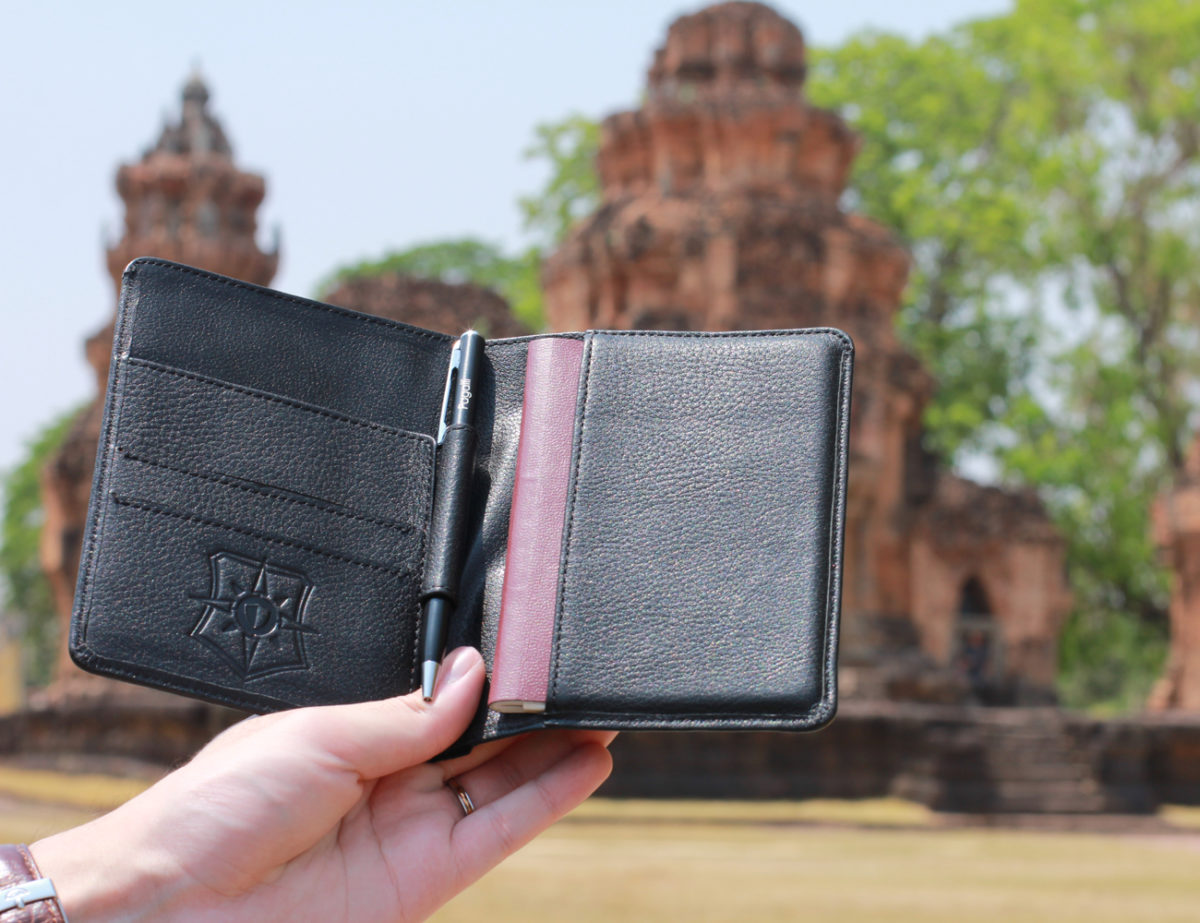 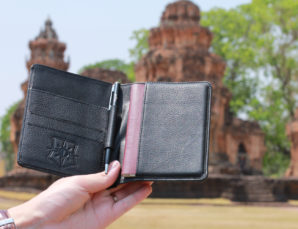 Courtesy of The Pagalli Project

As recently as January 2016 the FTC announced the escalating incidence of identity theft, revealing that it had received nearly 500,000 consumer complaints about identity theft, “representing a 47 percent increase over the prior year.” The report also cited the ominous  Department of Justice estimate that “17.6 million Americans were victims of identity theft in 2014”—with the vast majority of those, almost 90%, experiencing “the misuse of an existing credit card or bank account” according to BJS.gov. Given its inconceivable ease, one huge area of concern is “electronic pick pocketing” whereby thieves use RFID and NFC wireless communication to stealthily pirate credit card numbers and other personal data. And everyone is seemingly at risk. One particularly enlightening news report exposed just how easily hackers can steal credit card numbers in mere seconds while you’re still holding them in your hand.

Amid this unfortunate sign of the times, designers and technologists are aptly joining forces to bring to market functional fashion accessories that not only uphold stringent style standards, but that also effectively mitigate—if not entirely eliminate—identity theft risk to the extent possible. One newly-emerging brand of note is The Pagalli Project, which recently introduced a new line of handcrafted fine leather accessories—two wallet styles and a passport holder—that offer leading-edge security in fashion-forward form.

So secure is the Pagalli collection, it’s reportedly one of the few brands in the world (as certified by an independent body) to block 100% of all known RFID/NFC frequencies thanks to its built-in application of “Cryptalloy”—the industry’s leading tech security defense against data theft. This ensures your information and, thus, your identity will be protected in any country, anywhere in the world.

“There are 10 current frequencies that consumers need to be shielded from in order to have peace of mind that personal identification and financial information will not be lifted by high-tech thieves,” said Pagalli founder Mauro Beck. “Conventional RFID blockers only address a portion of these frequencies, For instance, some examples of items in different frequencies include access key cards at 125 kHZ, electronic passports or credit cards at 13.56 MHz, and personnel ID cards at 2.54 GHz. However ours is one of the few brands in the world independently certified to provide the most expansive frequency blocking for data theft protection on the market.”

With the Cryptalloy “blocking foil,” the most expensive raw material used in its wallets, Pagalli has ensured its RFID solution will best protect consumers against all known frequencies and, as such, in-kind threats. This ensures that your identity, including name, address, Social Security Number, phone number, bank account details and other sensitive data points, are protected as you traverse the globe.

Beyond the impressive security features, Pagalli wallets are a marvel of old-world craftsmanship.  Inspired by Vincente Pagalli—an entrepreneur and leather artisan who, 50 years ago, upheld the strictest quality standards—the entrepreneur-driven line seeks to prove that it is entirely possible to proffer a handcrafted quality product at a fair price. This in response to what Beck proclaims to be “the glut of poorly made products flooding the market.”  As these wallets also originate in Bangkok, a region that many associate with low-cost and inferior “made in China” mass production, with these wallets Beck also intends to change this perception.

Having personally evaluated the three decidedly handsome wallet designs, the company’s ingenuity and commitment to value duly impresses. Their use of genuine and sustainably sourced materials like Marchesa premium leather and Surin Thai Silk makes these mindful leather accessories worthy of your hard earned dollars.

“Our wallets are distinguished by their soft yet tough texture with a characteristic leather grain and distinctive fragrance that exudes luxury,” notes Beck. “The finishing touch is the upcycled packaging that is closed with wax seal to protect the wallets through delivery. And unlike other wallets that fail to stand the test of time, ours also come with a lifetime warranty.”

The three flagship Pagalli designs—the “Leonardo” and “Moderno” wallet and the “Vincente” passport holder—range in price from $49 to $79, with name imprint personalization available for an additional $10. But, given the extent to which these wallets can help you avoid a slight identity breach at best and complete financial devastation at worst, I would assert they are pretty well priceless.

***Some or all of the accommodations(s), experience(s), item(s) and/or service(s) detailed above were provided and/or sponsored to accommodate this review, but all opinions expressed are entirely those of Merilee Kern and have not been influenced in any way.****

Filed under: Fashion, Lifestyle
Share Tweet Pin G Plus Email
previous article: Russian propaganda: Children of Donbass in a fishbowl
next article: Dodson-Norwood.com Board Elects Cliff Tay to Board of Directors