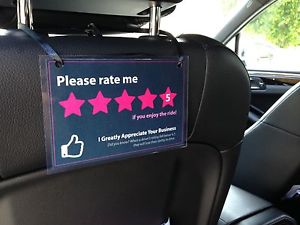 Mobility services are regarded as an inevitable direction that automakers will have to take in the future, if they want to be able to adapt to consumers’ needs, which have changed quite a bit in recent years.

Several car manufacturers now offer different services and products that go beyond selling and servicing cars, mostly involving car-sharing and taxi-hailing. It’s becoming increasingly clear that automakers have to embrace these types of services in order to transform their business models and continue to generate profit in a future where they are expected to sell much less vehicles than they do now.

Currently, there are a few automakers that offer various mobility services in the U.S., such as Ford, General Motors and BMW, and now German giant Daimler is set to join them.

Daimler, the parent company of Mercedes-Benz, has announced that it is bringing its mobile-services division, Moovel Group, to the United States. The automotive corporation, based in Stuttgart, Germany, has decided to merge two existing services to create the Moovel North America subsidiary.

The services in question are Austin, Texas-based RideScout, a mobile app that provides users with suggestions on the optimal transit and transportation routes to their destinations, and GlogbeSherpa, a mobile ticketing service for public transport, based in Portland, Oregon.

“Moovel is working to create a future for urban mobility. We want all forms of transportation,

from public transit to rideshare to on-demand ride apps, to break out of their silos and become

organized into one well-connected experience, with public transit as the foundational core,”

“Transportation is no longer just a question of options, but of convenience and ease of use.

for both transportation providers and consumers to define the future of mobility.”

Moovel North America will be offering two products aimed at making it easier for commuters to search, book and pay for public transportation, in addition to helping users find the ideal route for each trip they plan to take.

The first solution is called Moovel Transit, a platform based on GlobeSherpa’s TransitSherpa, which provides mobile ticketing and payment solutions for public transit systems. With it, commuters can pay for using public transit while on the go, and find car- and bike-sharing services that will eliminate the first/last mile challenge that most public transport users face. At the moment, Moovel Transit is available in 13 cities in the U.S.

The second product is a software development kit called RideTap, which can be integrated into third-party apps so that users can find the ideal route to their destination by using different modes of transportation, including a Lyft ride or a Car2Go vehicle, in addition to public transit.

“At moovel, we believe that mobility should be an ecosystem; a group of interconnected

transportation modes that form the fabric of our cities. Our goal is to innovate within this

By expanding its mobility services to the U.S., Daimler wants to make it clear that it does not intend to stick to just selling vehicles and that it is set to transform into a mobility company, which is what all automakers will have to do in order to create new revenue streams.

Filed under: Automotive, Business
Share Tweet Pin G Plus Email
previous article: How to Get Your Home Ready to Sell and Attract Buyers
next article: Eye Cream For Dark Circles – Learn What is Risk-free For Skin