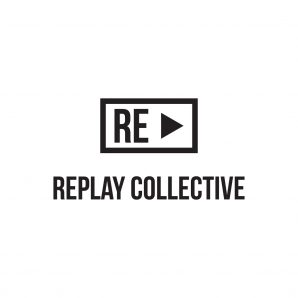 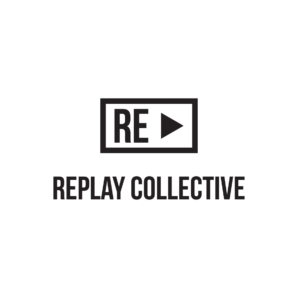 Virtual Reality Group MightyVR, Momentum Entertainment and Sports Network, Interpix, Inc. and Replay Collective are pleased to announce the production of “The Most Dangerous Women in Hollywood,” an unprecedented 360 degree virtual reality movie and game series.

Viewers journey on a fully immersive experience by wearing a headset that allows the virtual reality experience of trying out jets, sports cars and choosing one of “The Most Dangerous Women in Hollywood” to join up with and get away from the bad guys. Headset options range from high end models such as the Oculus to a $20 Google Cardboard set.

“We believe the entertainment industry is on the verge on a complete shift in media consumption because of virtual reality and, soon, augmented reality,” said Replay Collective producer Siddharth Ganji. “As storytellers, we are always looking at how technology will shape storytelling, and there is no doubt that VR is the next big evolution in this arena.”

The exciting new project is dedicated to all of the daring stunt actresses who provide audiences with an array of thrills including flying military planes, racing sports cars and more.

Dallas Santana is directing the project, which is scheduling to film this month in Las Vegas. He is the creator, director and producer of “Destination X Hawaii,” “Destination X California” and “Destination X Puerto Rico.”

Starring in “The Most Dangerous Women in Hollywood” are the selectable and delectable Olga Safari, a model and actress known for her role in Thomas J. Churchill’s “Check Point,” Jennifer Irene Gonzalez, an FHM cover girl and former Miss Taiwan, Tara Rice, a model and actress who has appeared in “Piranha 3D,” “Austin Powers in Goldmember” and “Entourage,” and Michelle Watterson, a leading MMA fighter and model.

Producing the project along with Ganji are Replay Collective’s achieved line producer Varun Verma and producer Raghav Murali. Replay Collective produces engagement-driven content and is known for producing viral YouTube videos for artists such as Trisha Paytas and Ricky Dillon.

“With MightyVR, we are working on an action-oriented, interactive short. You choose a character and make consecutive decisions in an effort to “stay alive,’” Verma said.

Murali explained, “Virtual reality takes consumer engagement to the next level. Rather than just feel involved, consumers can in essence attend events minus their actual physical presence.”

In tandem with the movie and game series, the new initiative includes a 360 degree video, an HD short video, a companion picture book and e-book.

“The Most Dangerous Women in Hollywood” will be released on MightyVR’s distribution platform as an app that may be purchased. It will be also be available online, for smartphones and its book releases will be sold by Amazon.com and Borders.com.

Filming VR of course requires a specialized approach to production. The end result is a product that is entirely VR. “We have a special GoPro rig provided by MightyVR that we will be using. It’s an interesting approach to production where we have to pre-light everything in such a way that we don’t see any stands or lights,” said Ganji. “When the shooting takes place, everyone needs to disappear from set, and it will only be the performing talent performing the action.”

Murali noted that most virtual reality camera rigs are created using multiple cameras such as the GoPro, which are fitted and film in a way where images overlap. “The stitching of these images creates the three dimensional 360-degree effect,” he said. “Most VR software requires the stitching to be done in post, but there is also software being developed that allows real time stitching, enabling filmmakers to watch their content in real-time.

A VR-focused, immersive production means there is no fourth wall to hide behind during filming. “No crew or equipment should be seen by the camera. This requires lots of rehearsal and planning, making it a rather different experience to traditional filmmaking,” said Verma.

Ganji, from Mumbai, India, sees this dynamic new technology as having many valuable, inventive uses. “A strong benchmark for what is coming is to look at the video game industry and how immersive and interactive those games/worlds have become,” he said. “On the flip side, I have a 79 year-old grandmother who has never visited me in the U.S., and probably won’t be able to because of health issues. I’d love to be able to visit her, pull out my phone and let her experience her own journey of wonderment as she literally walks down the Santa Monica beach. The possibilities for technology are so vast, but what this boils down to is finding a human connection to the content.”

That human connection could also expand to immersive training materials for a variety of industries.

Said Ganjji, “Imagine you’re a newly-hired electrician and your company is training you. I see VR eventually entering into entirely non-entertainment related industries as a tool for training. Look at how many companies are gamifying their businesses now to increase employee productivity. VR completely aligns with that goal, and, I believe, will have huge market potential for hiring and attracting young generations.”

The technology is also one that presents an alternative to 3D. “I think VR is next level 3D,” Murali said. “Rather than simply being shown a world from one perspective in 3D, one gets to experience the VR world in full 3D.”