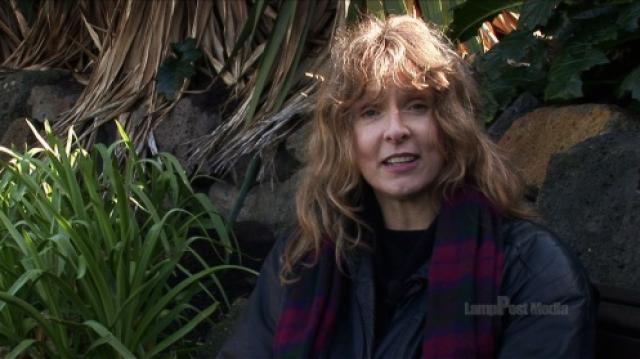 One of the great finds for me in 2009, was the best selling fantasy fiction series, The Bitterbynde Trilogy, by Cecilia Dart Thornton.

Over the past thirty years, I have devoured George MacDonald’s fantasies, C.S. Lewis fantasies, Tolkien’s Lord of the Rings trilogy plus The Hobbit, numbers of times, always uplifted by the adventures of remarkable characters in their mind-created realms.  I have had a less uplifting experience with Steven R. Donaldson’s writing, always promising something transcending the grinding wheel of human history, but in the end delivering ambiguity, derivative endings (Thomas Covenant series) or petty gender triumphs (Mordant’s Need).

But from book one through book three of The Bitterbynde Trilogy I found myself enthralled in a unique tale, intricately woven, and populated by an extraordinary number of supernatural creatures drawn from British and Celtic folklore.  That’s different from Tolkien in that he used Celtic and Norse mythology to populate his universe.

It is also a world of the southern hemisphere, with Australian plant and animal life, intermingled with European mythical beings, while the weather and geography is southern as well.

The genius of the story is with the introduction of the main protagonist – voiceless, a face so dissolved by a poisonous plant as to resemble a gargoyle, and without a memory, or even a sense of its gender.  How could this young person possibly rise to something?  That’s the hook, and it carried me all the way to book three, as the person traverses three identities, and three extraordinary odysseys to an ending, which needs some comment.

The author believed she needed to elaborate on the ending in later paperback editions of The Battle of Evernight with an after word that removes the mystery she originally intended.  But, there is wonder in the ending, and a certainty about it that arises upon reflection.  It doesn’t require much awareness of history and human behavior to grasp the meaning of her conclusion. And for me it was immensely satisfying, without her author’s note.

There is a further dimension to my interest in Dart-Thornton’s work.  Tolkien, MacDonald and Lewis admitted a fascination with mythic tales because the yearnings of the human heart appearing in these stories are universal, across all generations and all cultures, something, which also fascinates Dart-Thornton.  But the three men crafted into their tales, outcomes and endings implicit with their belief in the epic-mythic-true story of the life, death, and resurrection of Jesus of Nazareth. From this visitation of the ultimate man, now immortal King, in a realm imminent yet beyond this life, they interpret all stories.  Their own stories always reflect his story.  Celtic monks also presupposed the truth of this.

The world of the Bitterbynde trilogy reminds me of the animistic world that the Celtic monks knew and transformed from the time of Patrick to the end of the dark age that enveloped Britain and Europe until after the Norman conquests. They were powerful in converting the tribes of Britain and Northern Europe because they apprehended how the story of Jesus consummated the human longings, for justice, glory, immortality, and peace in their Irish mythology. The western world has mostly lost touch both with this animism from which the disparate tribes emerged as Christendom, and with its transformed tradition of Christian belief.

Dart-Thornton’s fantastic world provides a way of return to the roots of Britain’s civilization, and its forgotten beliefs, so for history buffs it’s true in this case – fantasy can be so enlightening!  In her world, the immortal Faeran people are like the gods of the ancient Sumerians, Babylonians, Greeks and Romans, who find mortal life both amusing and yet demeaning, and who work out their own destinies with no care for the bloody collateral damage to the world of humans.

Yet, the Faeran High King in Dart-Thornton’s world has uniquely Christ-like qualities in that he has some compassion for humans, and accepts a role as a mortal king, successfully, for a period.  And yet, unlike the Christ of the ancient scriptures, is a victim of wild fate himself, not a total master of his Faeran destiny.

The main character is a young soul with whom we might all identify, but one that refuses to give up on knowing and being responsible for its destiny, its highest calling through extraordinary but utterly credible sufferings, and human mistakes. (The impersonal pronoun is to allow the first-time reader the surprise of discovering the gender riddle resolved midway through the first book)

So it’s not so surprising given Dart-Thornton’s faithful mastery of the diffuse and scattered literary and historical sources for British folk lore, but without the Christian assumptions of Tolkien et al, that we have in her stories an admixture of the pagan and the Christian cosmos and motifs, and therefore a more mysterious ending than the other writers produce.

The Bitterbynde Trilogy is so layered with plot and character, so richly woven that it stretches and enlarges the imagination, and the reader’s vocabulary with some of the most beautiful words that nevermore make it into print.  I had to tell you about it. I regard it is a must-read for all lovers of fantasy fiction. And did I mention the writer is an Aussie?

Book 1: The Ill Made Mute Book 2: The Lady of the Sorrows and Book 3: The Battle of Evernight remain in print through PanMacMillan in the UK and southern hemisphere.  Cecilia Dart-Thornton has also written a four book series, The Crowthistle Chronicles for an imprint of Warner Books in the US, TOR, and for PanMacMillan UK and Australia.  Her website .