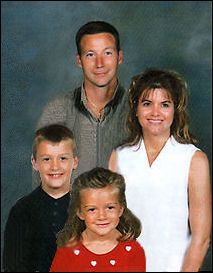 David Camm is accused of murdering his own family, the defense contends that Charles Boney committed the terrible crime. When considering which is the more likely suspect, the personality of Charles Boney is relevant.

The technical psychological term for “psychopath” is Anti-Social Personality Disorder (ASPD), which the  Diagnostic and Statistical Manual of Mental Disorders, fourth edition (DSM-IV-TR), defines  as

A) There is a pervasive pattern of disregard for and violation of the rights of others occurring since age 15 years, as indicated by three or more of the following:

B) The individual is at least age 18 years.
C) There is evidence of conduct disorder with onset before age 15 years.
D) The occurrence of antisocial behavior is not exclusively during the course of schizophrenia or a manic episode.

In addition, researchers have found that psychopaths show a lack of emotion, and speak in terms of cause-and-effect when describing their crimes, and focused the attention on basic needs, such as food, drink and money.

The following passage from Charle’s Boney’s “autobiography” shows these traits:

Moreover, my mother may no longer be on the chessboard, but I have the enemy in check and the next move is mate! David Camm has to realise that the lies he has told and the deception he has created will backfire on his ass! As I am writing this chapter, I’m confident that I will be found not guilty and I will become th “thirteen million dollar man.”

You have to be careful what you ask for, because I can remember all too well what I had asked for during my resolution hour before the new year. I asked myself to commit to a weight loss regime and I had a goal to make more money than I ever had before. Imagine that! I’m in jail and I have lost forty pounds so far and this book is my meal ticket for the rest of my life.

I have nothing, except my name and that has been center of ridicule, critical review, and a rush to judgment. Once trial is over, what could I possibly do with my life? I have two options; I could go back to crime and be a real ruthless bastard, or I can market myself and be professional with all of my business decisions.

“The researchers interviewed 52 convicted murderers, 14 of them ranked as psychopaths according to the Psychopathy Checklist-Revised, a 20-item assessment, and asked them to describe their crimes in detail. Using computer programs to analyze what the men said, the researchers found that those with psychopathic scores showed a lack of emotion, spoke in terms of cause-and-effect when describing their crimes, and focused their attention on basic needs, such as food, drink and money.”

This article originally published at http://david-camm.wikispaces.com/Charles+Boney+a+Psychopath%3F
which includes a clip of Charles Boney being interviewed by the defense, where he shows a lack of emotion.