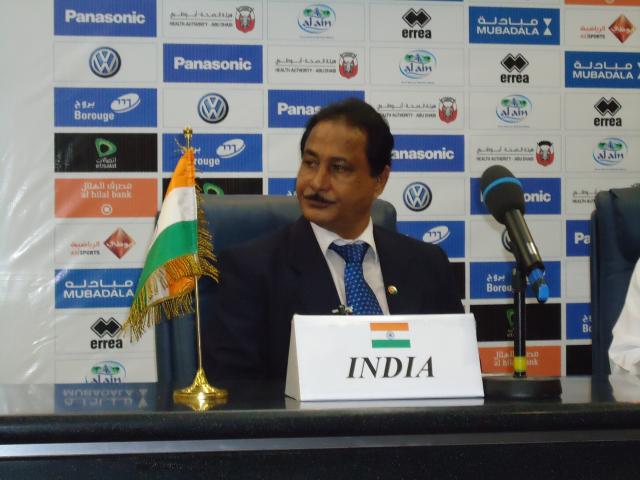 Margao: The days of the institutional Indian football clubs are well and truly numbered.    The writing is on the wall is clear – either renovate to the changing times or die a slow death, says Saby Antao, a former Goan former footballer now based in the US and who holds a Doctorate in Physical Therapy.

“These company owned clubs are not a viable option for the development of Indian Football. Company clubs is only a viable option if they make the club a city club funded by two owners or single owner. The company is a brand and if the club is named after the company there is no fan base because not everyone wants to link themselves with the company. A city is a place that everyone belongs to and can attach themselves too,” said Antao, who played for Salcete Football and Mahindra United Mumbai and also represented the state team at the Santosh Trophy national championship and for India Under-16 team.

“Regards to JCT, and Mahindra closing it was long due. I feel teams like Air India, even Salgaocar and Dempo are going to shut shop in due time. It is very difficult to run a club with no revenues coming in. In Europe to the clubs are losing money but the they get loans to market the brands.


Antao, who graduated from Chowgule College Margao has a few tips to offer for Margao Sports Club, a city based club, which will feature in the Goa Professional League this season, on how to promote the club as a brand. The club, he says should a vision and philosophy of its own and an achievable goal.

“Marketing the game is very important.”

“Football in this modern world is a Philosophy, Psychology and an entertainment. The club has to be a brand that is marketed to the corporate companies. What is brand? It is something that is positive and helps promote other brands by using the home brand name. Gone are the days when one went to see a game. One goes to see a game and the brand that is displayed on the field. Whenever a brand is displayed there has to be fanfare with festivities and goodies for the public.

“The club should aim to be a top organization with focus on youth development and promoting the city of Margao. Have the City Council (Margao Municipal Council) involved in making deals so the city reaps the benefits too. The club Margao should be a brand which wants global viewership,” suggested Antao, who has done his Masters In Sports Management and Bachelor’s degree with Exercise Science as specialization.

The Psychology at the club should revolve around getting more fan base involved, have board members, organise events races, summer events youth development programs. This gets everyone involved. Football should not be the only sport other sports like basketball, tennis table tennis, badminton should be involved, so one can all the sexes involved. This gets everyone psyched about the club. One has to make it a club for all people. Make it a destination not a visit,” adds the 40-year-old, who is a Certified Strength and Conditioning Specialist and currently works as Health and Physical Education Director for the New York City Board of education


There should be entertainment related activities at the sports venues not just for the kids but for the entire family, he suggest in a bid to draw more fans to the football matches.

“Whenever it is fun to go to a place people will come. People will spend time when there is quality and when there is family entertainment. We Goans go to bars, why not to a club where the whole family can be entertained. Everything is linked to getting kids to a location. Once kids are involved things will change. Provide transportation if one has to. The sponsors will pay for the costs if kids are involved.

“First have a fan base with a marketing blitz and organizing events for kids so parents are lured to the events. Remember where there are kids sponsors will be there that is whom they want to market too.
Get a quality product on the field by getting good name players so fan comes to see them. This will cost initially but will get returns on the long run. Once you get a fan base then marketing the merchandise of the club gets easier because everyone wants to show their brand. Remember; once the brand is noticeable people want to be linked with it. E.g. Brazil, they never play home games but they play away matches and charge anyone who wants to play them 3 million dollars,”


Having an own stadium is another priority if city clubs are to succeed, adds Antao.
“Have their own stadium, without having an own stadium it is very difficult to market a team to sponsors. Once one gets big name players the product is marketable. The goal should be to make people watch and get to Margao city club from anywhere.”

Antao who traces his roots to Chandor village is willing to lend his help to the All India Football federation and Goa Football Association if his help is sought.

“I am willing to put my input and the knowledge gained here (USA) but will anyone listen. I do not know. Let’s hope for the best and cross our fingers that football will rise in India, adds the former defender who migrated to the land of opportunities on a student visa way back in 1997 to add more sports-related academic qualifications to his CV.

The worrying trend of clubs closing down is not a new phenomenon for Indian football. It all started in the 60’s and has been continuing till date.