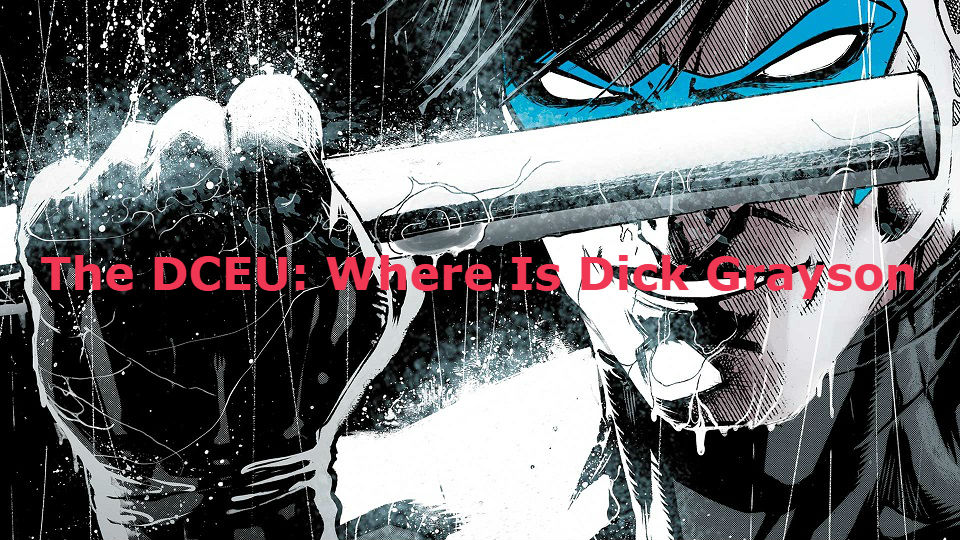 The DCEU is churning out millions of dollars in profit for Warner Brothers studios, but the films have gotten a mixed reception from loyal comics fans. Here, we look at one character’s exclusion from DC’s movies and the baffling reasons behind it.

The DCEU has been an epic experiment in transferring beloved characters from the pages of our favourite comics to the silver screen. Fans have been able to see live-action versions of all of the most popular heroes in both the Marvel and DC Comics universes; however, one seems to have gone missing.

Dick Grayson is a character that even your mother (and perhaps even her mother) is likely to know about. Dick was Batman’s first side-kick, Robin, and was portrayed by Burt Ward in the famous 1960’s television series.

As the first Robin, Grayson managed to capture the imagination of young boys of that generation, who were able to visualize themselves fighting alongside their favourite hero – Batman. Through Dick Grayson, legions of boys found their love of comics.

Now, for some reason unknown to the rest of us, he seems to have been forgotten.

DC and Warner Brothers have begun to bring their comic book universe to life in live-action films like Batman v Superman and Justice League. All of our favourite supporting characters are there, from Lois Lane and Commissioner Gordon to Alfred and Ma Kent… But where is Batman’s sidekick?

Grayson actually has a powerful life story of his own to tell, and in the absence of his involvement in the films of the DCEU, independent creators are taking up the cause. Nightwing: The Series is a fan created short film series that tells the story of Grayson’s departure from Batman to become the hero known as Nightwing.

Nightwing has had an epic series of comics adventures in his own right, from helping save the entire world during DC’s Infinite Crisis, to actually becoming Batman himself, during Grant Morrison’s Batman RIP.  Recently, comic adaptations of the character have begun to portray Grayson as a James Bond style hero that no longer wears a mask, but instead works under-cover to become a more subtle (and sexy) style of superhero.

He is generally considered to be one of the more… datable… characters in the DC Comics catalogue.

So how could a hero such as this not have gotten an invitation to DC’s cinematic universe. The idea is almost impossible to believe. The marketing possibilities alone seem shockingly obvious.
Perhaps DC and Warner Brothers are simply playing it cool.  After all, after the studio’s contracts  expire with Ben Affleck, Gal Gadot and the like, there will need to be new wave of live action heroes to keep fans interested.  Perhaps, like Black Panther and Doctor Strange, Dick Grayson will simply lead a newer, younger generation of heroes, in a series of films yet to come.

For those of us who know the character’s biography well, what a fitting series of events that would be!

Yet, DC’s film roll-outs to date have not inspired confidence. Perhaps its not too late for Batman’s faithful sidekick to come swinging to the rescue of the DCEU…. Before its too late!