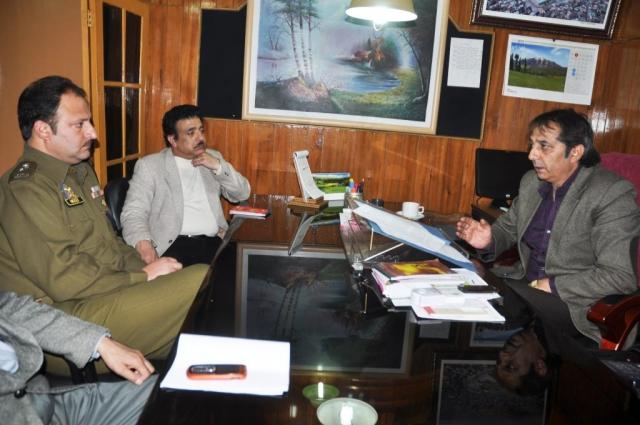 The meeting reviewed the arrangements put in place for reducing traffic pressure on city roads and ensuring sanitation on all city roads.

The DDC Srinagar asked the SMC authorities to remove all illegal structures which have come up in the city. The Road Transport Corporation authorities were asked to make adequate transport arrangements for the employees.  Baseer Khan asked the Health department to set up a dispensary in the secretariat premises.