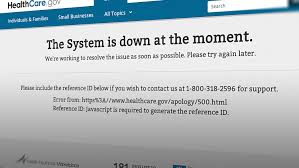 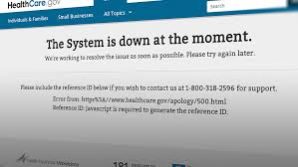 The  open enrollment of the insurance Marketplace has been extended to February 22, 2015. The reason  was because of system wide problems with the HealthCare.gov website which actively prevented people from applying online and by phone over this last weekend was so bad officials had no choice really but to extend that deadline.

Users . over the weekend were reporting experiencing glitches with in site drop-down menus and problems creating accounts or accessing accounts they created earlier in the day. This may have prevented millions of people from completing their applications online.

If your one of those who tried to apply and couldn’t the best advice right now is try again by going back to HealthCare.gov from now through February 22 and apply again.

The only difference this time, is that you will have to attest to the fact that you were unable to apply before because you couldn’t get through.

Its important to do that because this is the first year that citizens  may incur a tax penalty for not having health insurance under the Affordable Care Act.

This year, the penalty is either $95 per person in your family (capped at $285), or 1% of your income (capped at the price of the national average premium for a bronze plan), whichever is higher.

Go uninsured in 2015 too, and you could owe even more money next year. So on and so forth.