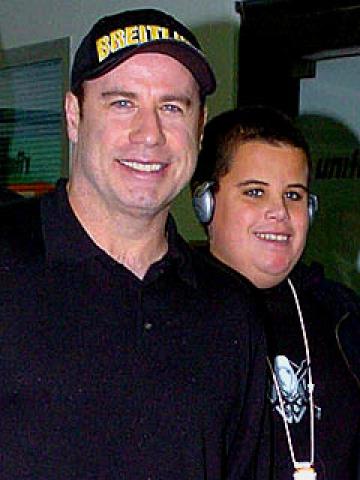 The death of Jeff Travolta, the 16 year old son of the celebrity couples John Travolta and Kelly Preston have left them shattered.  He died on last Friday at his family’s vacation home in old Bahamas Bay Hotel after reportedly suffering from seizure. According to the Police, the body was found on Friday morning by a caretaker. The only son of the couple, he was sixteen years old and had a history of seizures. The couple also has a daughter, aged eight.

The Police intend to carryout an autopsy to confirm the cause of death.

"He never dreamed of this – their relationship was so close,” says attorney Mike Ossi, who is in the with the family. “He always said ‘I’m happy as long as my kids are happy.’ He is heartbroken … To bury your son is the worst thing you can ever do.”


According to sources close to the couple, John Travolta did everything within his power to revive him which did not yield fruit. He did not want anything to happen to the boy and all first-aid including mouth-to-mouth resurrection did not yield any result. He was moved to the hospital where he was declared dead.