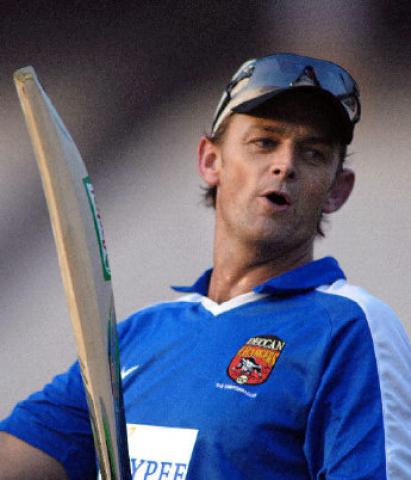 Deccan Chargers of Hyderabad led by the mercurial Adam Gilchrist seems to have found a new spring in their steps, and a new lease of energy in their bodies, as they continue their non-stop march beating all the teams that they have met in the IPL-2 season till now.

The latest casualty in this tirade became the Mumbai Indians led by the little master Sachin Tendulkar. Although Sachin contributed 36 runs with the bat, and even the new season recruit J P Duminy pitched up with a quick fire 47, even then the Mumbai Indians fell short off the Deccan Chargers’ total which they made batting first.

Harbhajan Singh was the last hope for Mumbai Indians, but he too perished at deep long on, trying to clear a slow delivery to the fence when 14 odd runs were still needed with only 4 balls remaining in the end.

Mumbai Indians now has one victory which they got in the first match of IPL-2, beating Chennai Super Kings. The other one was a drawn game in which they split one point each with Rajasthan Royals, when the rains washed their match with Shane Warne’s team, without a single ball being bowled.

Deccan Chargers on the other hand have 3 wins from their 3 matches in the IPL season 2; and they are now at the top of the table. Probably, a change in captaincy of Deccan Chargers with Gilchrist being promoted to the post has changed the luck of the chargers, who seem to be on a winning streak now.