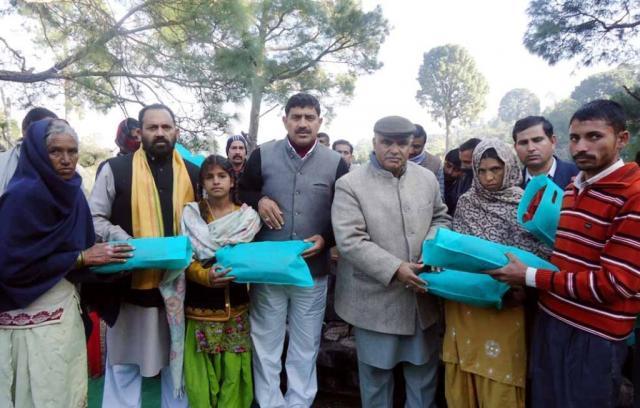 Remembering the sacrifices of Krishan Dass, Ramji Dass and Beli Ram, Jugal Kishore Sharma said that these three patriotic persons sacrificed their lives for the sacred cause of state’s full integration with the rest of the country demanding  the symbols of separtism like separate constitution, separate flag and the post of Prime Minister to be abolished. He said that immediately after the partition of the country, the than Maharaja of Jammu and Kashmir Hari Singh took a historic decision to get the state acceded into the Indian Union.

Making a fervent demand to declare martyrs day in memory of 1953 agitationists, Jugal Kishore Sharma said that  instead of working towards the  full integration of the state, unfortunately, the Union government under Jawahar Lal Nehru incorporated  Article-370 which granted special status to J&K, which was opposed by the nationalist people with one voice under the slogan of  Ek Vidhan, Ek Nishan, Ek Pradhan who thronged the streets  with tri-colors in their hands. They were beaten up and fired upon by the police for having held aloft national flag and to silence their voice but did not  succeed as a result of which the agitation reached to every nook and corner of the Jammu province.

Ashok Kaul, while paying tributes said that the 1953 agitation witnessed massive participation of  people from all sections of the society as they all were of the view that Jammu and Kashmir was one of the state of Indian Union like other states and hence the provision of separate symbols was not justified by any yardstick. He said that  the sacrifices of the people in the said agitation was a success to the extent that it succeeded in getting the post of Prime Minister and requirement of special permit to visit J&K state abolished and their mission will only be completed when the separate constitution and separate flag also get withdrawn.