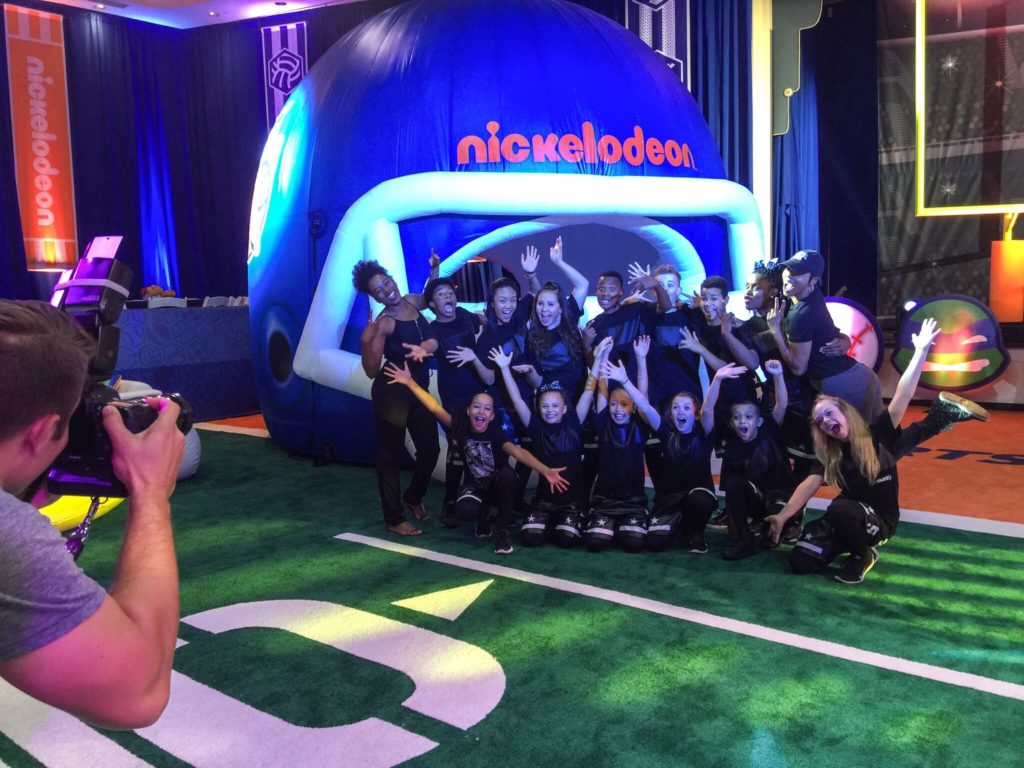 It’s a rare chance to rediscover youth, to mentor and build up the young generation and to share with audiences their incredible craft that’s been developed, refined, perfected and showcased on the world’s biggest platforms for years.

They are Brandee Evans and Latoya Webley, and in their field, there’s no question they are among the very best.

Evans and Webley are reprising their leadership roles for the SparKids for this forthcoming Sparks season that tips off May 15th with a home match-up versus the Seattle Storm inside the Staples Center in Los Angeles.

Both Evans and Webley do their part in making sure the choreography, intention and new ideas are on point. It’s a dynamite tandem that guides a talented group of 7 to 16-year old dancers who dazzle basketball enthusiasts during halftime shows at Sparks home games.

When the pro hoop team breaks for intermission, it’s show time for the extraordinary young dancers. Their awe-inspiring routines are each distinctive game to game. It’s a carefully constructed performance complete with hip-hop, jazz, breaking, acrobatics and hoverboards.

“The audience never knows what they’re going to see with the SparKids,” Evans said. “It’s so much fun. We get a chance to be a SparKid. It allowed us to find our inner child again. The kids love you too, so you’re not just a dance teacher, but a mentor. It’s kind of like we’re their big sister, so it feels good.”

Said Webley, “Brandee is the head choreographer and director for the team. She is amazing to work with and I’m so excited she brought me on again this year to work with the Sparkids. Although this is a professional job, we look at it more like a family and support all the members of our team. We want to make sure the experience is not only entertaining but fun and life-changing for all involved.”

How does it work?

“Toya is very much engaged and involved in all aspects,” Evans said. “She is an extraordinary dancer and is really great with coming up with new innovative ideas. We’re pretty much one and the same. She knows how to get the best out of the kids, but have fun. They love Toya, but know she’s about business. She’s able to keep things organized on and off the court, and goes the extra mile to communicates with parents as well.”

This year’s squad is comprised of 33 talented young dancers. They underwent a rigorous two-day audition process that wrapped earlier this month at Universal Citywalk Hollywood. Webley’s role was very crucial as she was a judge for the preliminary audition process. “Over 200 dancers came out to the audition,” she said. “It was very difficult to chose as the level of the talent was very high and competitive.”

Rehearsals begin next month. The blueprint goes into place then.

For both Evans and Webley, there’s familiarity. And a whole lot of background credence.

Evan’s is a Memphis native and former National Champion dancer for the University of Memphis. She danced for three seasons for the NBA’s Memphis Grizzlies. She’s the founder of the trademarked “Hip Hop in Heels,” master dance classes. She danced on tour and TV for a who’s who list of superstar music artists including Monica, Usher, Katy Perry, Snoop Dogg, Alicia Keys and more.

She choreographed and coached the Northern Arizona University dance team that won titles at the 2013 and 2014 USA Collegiate Championship, as well as the 2012 World Champion Golden Hawks team of Japan. She’s choreographed for tours such as Monica’s 2015 “Code Red Tour,” as well as a multitude of music videos like Ledisi’s “That Good Good” and “I Blame You,” and Pitbull’s “Timber” featuring Ke$ha.

Webley too brings a world of immense talent and internationally sustained excellence to the SparKids.

A Toronto native of Jamaican descent, Webley has been dancing for more than 16 years. She’s traveled the globe, bringing her preeminent dance talents and expertise to dance productions and workshops in her hometown Toronto, as well as in Japan, New York, Trinidad and Los Angeles.

“I Incorporate elements of dancehall, African and Soca and mesh it together with styles like hip-hop and street jazz. Over the years, this has allowed me to stand out from other dancers and choreographers,” said Webley. “I stay true to me and my cultural style of dance so it can be shared with the world. Now you see dancehall, African-Reggae-infused styles with Beyonce, Rihanna and Justin Bieber. There is so much power, strength and beauty in bring different cultures and styles of dance to the table.”

Webley started with the Toronto-based dance group – Rukus – and debuted in Sean Paul’s “Temperature/ Breakout” video and Rihanna’s first video, “Pon de Replay.” Some of Webley’s other early career highlights include her dancing for the Toronto Raptors Junior Dance Pack and in Kevin Lyttle’s “Turn Me On” video, in Drake’s first video, “Replacement Girl” and in the Diddy, Lenny Kravitz, Pharrell Williams video “Show Me Your Soul.” In 2007, Webley danced in the feature film, “How She Move,” that received three award nominations and grossed more than $8 million worldwide.

“Latoya brings fun and diversity as well to the team so it’s not stagnant,” Evans said. “Having worked with artist such as Shakira she’s able to bring that authentic island feel to the team.”

Of the SparKids, Webley said, “The dance routines are high intensity and interactive comprising various tricks, breaking, flips and acrobats, while still doing hip-hop. The goal is to keep the crowd engaged. The kids we work with are definitely well-rounded, versatile and can do almost anything. My choreography comes from a dancehall background. I’ve been able to take the styles I’ve studied and trained in like locking, popping, hip-hop and jazz and fuse it together with dancehall and African style.”

Webley got her start dancing and teaching dance at the East Scarborough Boys and Girls Club and other community centers throughout Toronto. In part of cultivating a career in dancing professionally around the world, she said, “It’s always been very important for me to give back. If I can uplift and empower through dance, then I’ve done what I was called to do. Dance has always been a positive release for me.”

Since 2013, Webley has also worked with the non-profit organization, A World Fit for Kids. Nike’s Global community impact team oversees the Community Ambassador Program where Webley, in conjunction with A World Fit For Kids, acts as their training arm. Not only does she teach dance, but she also educates kids and young adults about fitness, health and nutrition.

Webley’s professional dance career includes many live performances at some of the top music industry awards shows over the years, including Rihanna’s performance at the 54th Annual Grammy Awards (2012) at the Staples Center, The 2010 VH1 Hip Hop Honor Awards in New York, Much Music Video Awards performances with Flo Rida (2012), Bruno Mars (2011), the Black Eyed Peas (2009), Flo Rida and Simple Plan (2008), Akon and Kardinal Offishall (2008) and Ginuwine and Belly (2007).

She danced on her first tour in 2005 with headliners 50 Cent and G-Unit, and Kardinal Offishall as the opening act. She’s later moved on to dance on tour with artists such as Sean Paul, JoJo and Jamie Foxx in the U.S., and with Destra Garcia in Trinidad and Tobago. Webley danced with Ledisi at the 2014 BET Awards at the Nokia Theatre in Los Angeles, with Donnie McClurkin at the 2014 BET Celebration of Gospel at the Orpheum Theatre (Los Angeles), with Elephant Man and Beenie Man at the 2013 BET Awards, and with Jill Scott at the 2011 BET Awards.

Earlier this year, Webley danced in Rihanna’s “Work” music video featuring Drake. The video was released last month and has racked up more than 171 million views on YouTube. Last year, Webley danced in Will Smith and Bomba Estereo’s “Fiesta (remix)” music video that’s directed by Carlos Perez and choreographed by the legendary Jae Blaze. Webley has also danced for Fifth Harmony and Maluma at the 2015 Latin Grammy Awards at the MGM Grand Arena in Las Vegas.

“It’s important for me to pass on the skills and talents I’ve acquired over the years and empower young dancers to be the best they can be,” said Webley.

With a wealth of knowledge and experience from this dynamic duo, the future of the SparKids looks brighter than ever.