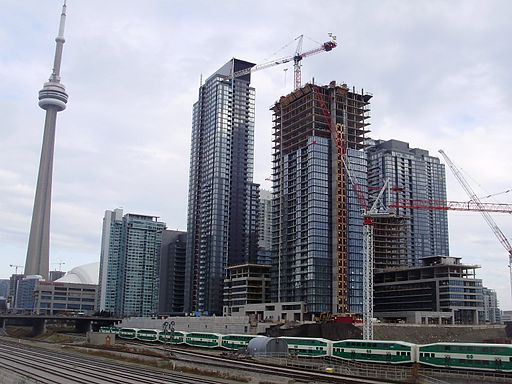 Some would argue that baby boomers and millennials have little in common. One group witnessed the moon landing, while the other will most likely venture to Mars. However, when it comes to housing preferences, these two very different groups are more alike than most would think.

As it turns out, many baby boomers and millennials are opting to live in urban areas, usually in condominiums that are close to conveniences like restaurants, nightlife entertainment, and office centres, the latter of which, office centres, is something that is particularly important for millennials, many of whom are just starting their careers.

While both of these demographics may have the same destination in mind, they are arriving at very different times in their lives and so have different expectations for the residences they buy. Many millennials are using their first condominium as a means to grow equity and eventually move into larger detached homes. Meanwhile, many members of the baby boomer generation are choosing to downsize from large family homes to smaller condo units that are easier to manage.

According to the latest numbers released by the Canadian National Household survey, condominiums are the residence of choice for those under 35 and those 65 and older. 20 percent of Canada’s condos are owned by those under 35, while 26.1 percent of the country’s condos owners are ages 65 or older.

As has been mentioned in the press frequently, two of the most dominant condominium markets in Canada are in the country’s most notable cities, Toronto and Vancouver, where analysts expect to see particular demand for condominiums by baby boomers, many of whom are selling their homes while the real estate market is strong and beginning to downsize.

As Nic Paolella, director of development at Vancouver-based Marcon Developments, points out, “This is the tip of the iceberg in terms of amount of capital out there for downsizer buyers.”

As his firm works to develop new properties, Paolella believes, “We are only at the start of that wave. We are in for a lot more, and it could be a five- or 10-year run of the aggressive downsizer buyer”

Having sold their homes at record prices, many baby boomers, particularly those in Toronto and Vancouver, are coming to the condominium market with deep pockets that can carry them into the upscale market.

That means they have the luxury to be selective and compare and contrast developments based on what kind of amenities and features are offered.

Sam Mizrahi, who leads Toronto’s Mizrahi Developments and is one of the most active developers in Toronto’s upscale condo market, is well aware of how important it is to deliver the lifestyle that buyers have come to expect. “Luxury is giving the homeowner something beyond their expectations,” Sam Mizrahi explains. “It’s creating a ‘wow factor’ where we’re exceeding their expectations in terms of their environment and in terms of their home.”

For Mizrahi, creating that ‘wow’ factor also means giving buyers the opportunity to customize their living spaces, a signature feature of his and a process he describes in a past interview, saying: “I’m used to custom homebuilding and custom-home design, so I don’t mind sitting down and redoing plans five or six times … I love doing it because then the homeowner has a role in the design.”

Needless to say, despite high demand in real estate markets like those in Toronto, it remains up to developers to continue to surpass buyers’ expectations.

In the last quarter of 2016, there were 23 new condo towers and residences opened in Toronto and at least a dozen more slated to open in the next 2 to 3 years. Even though one would think that more supply will cool Toronto’s strong real estate market, the city’s growing population – not to mention, baby boomers who will continue look to cash in on their homes – compels continued confidence in the condo market.