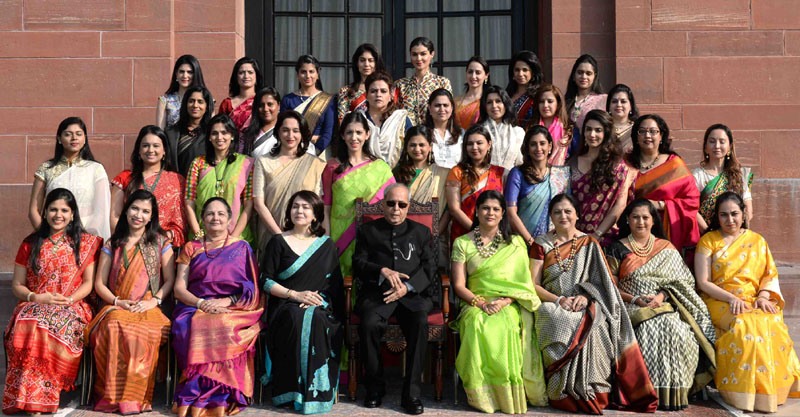 The President, Mr. Pranab Mukherjee with the delegation from Young FICCI Ladies Organisation (YFLO), at Rashtrapati Bhavan, in New Delhi on December 15, 2016.

Speaking on the occasion, the President congratulated the Young FICCI Ladies Organization (YFLO) for their enthusiasm and encouragement to an important cause.

The President said that a society which cannot respect women cannot be called a civilized society. He outlined the steps necessary in order to empower women. He said that the first and foremost necessity was education of women which would help them to understand their problems and develop in them consciousness to look for solutions. The second was economic independence. On many occasions, the economic value of the contribution of women is not highlighted. The contribution of women is also through many services which are not accounted for in economic terms. This should be changed.

The third aspect which is important in this context is the effective implementation of legal rights granted to women through various laws. The fourth is creation of social awareness in this regard. The need was for involvement of all sections of society to sensitize people to give women their due and empower them. It was necessary to change the mental frame and do away with prejudices. He also emphasized that it was necessary to avoid tokenism. He said that though this may seem like a long and arduous journey but success could be achieved through commitment and sustained efforts.