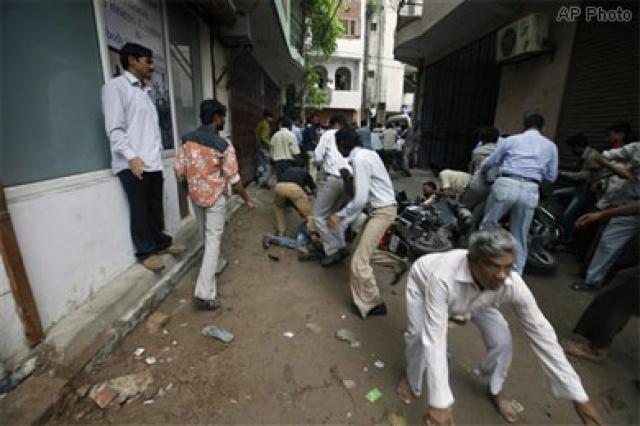 Today morning was not a good day for Delhi people. There was a gunbattle between Cops and Terrorists. Since morning this gunbattle was going on at Jamia Nagar in Delhi. It was near a Mosque. There were 5 suspected terrorists in total in the gun battle with Police. In this gunbattle 2 terrorists were killed while the other 2 escaped and one was arrested by the police.

Police have taken that arrested terrorists, named Saif,  to an unknown place for more investigation. All terrorists were around 22 years. One of the dead terrorist’s name was Atiq, an associate of SIMI and the other Taukir, who is the master mind of last few bomb blasts. It is said these people might be involved in the recent Delhi blasts.