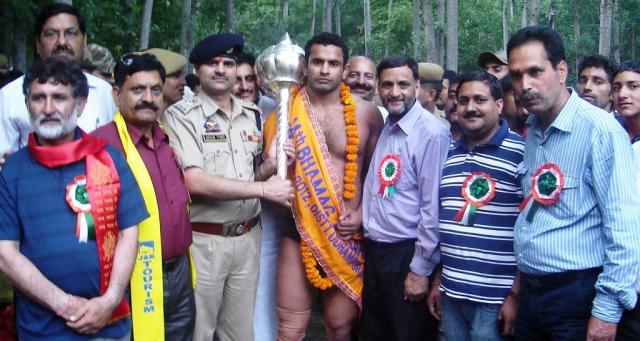 MLA Udhampur, Shri Balwant Singh Mankotia, was the chief guest on the occasion who gave away cash prizes to the Wrestlers.   Treasurer Indian style Wrestling Association of India Shiv Kumar Sharma Presided over the function.

Speaking on the occasion,  Sharma said that the ain of holding of such events in the State was to spread    a message of love, peace, unity and Brotherhood to the entire country. He made an appeal to the young generation to adopt wrestling sports for healthier life and bright future.