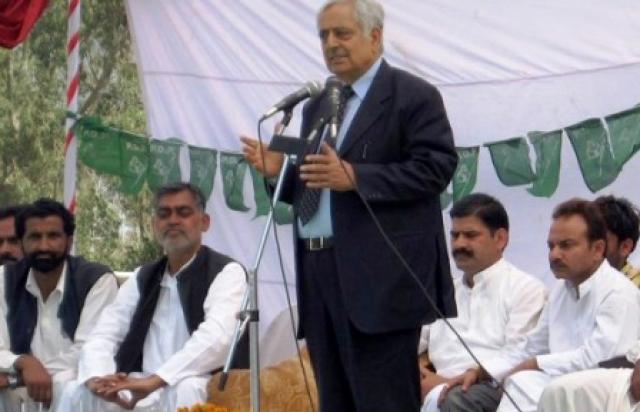 In a statement Mufti said the changes sought to be brought about through the constitutional package introduced in that country’s parliament could strengthen democratic forces throughout , create a sobering effect and help build bridges of understanding.

Mufti said the rare unanimity witnessed among the political parties of in arriving at the reform proposals should be seen as a positive development in the growth of democracy in the region. Our country he said has the highest stakes in this development which needs to be appreciated.

Referring to the emergence of a strong civil society in , Mufti said it had performed creditably both against military dictatorship and terrorism. While various instruments of state like judiciary, executive and the media will still take time in developing into a cohesive system, the process could be accelerated with help from our institutions, he added. He said the open war against terrorism that Pakistani society and the state were fighting could have invaluable dividends for peace and development in the region as a whole.

Mufti said it was futile to push resolution to the backburner and hope it would disappear with time. That strategy has not worked in the past and it had no hope of success in future too. He said the state has been passing through very hard times as a result of unresolved status of core issues facing it and unless the peace process started in 2003 is revitalised, nothing could be achieved to reduce the pains of the people.

Regretting that there had been very little progress during the past few years on the watershed initiatives like travel and trade across LOC Mufti said even internally the situation seemed to have frozen as a result of lack of follow up. He said the people of the state had sensed hope after the 2002 elections but unfortunately the process seems to have fallen again into a familiar groove. The turn around for forces of democracy in , he said seems one silver lining on the horizon which needs to be capitalized.

The PDP patron said the new atmosphere of reconciliation and constitutional reform in should make it easier, rather than difficult as some hawks in our country believe, to engage with that country. Democracies, he said have their own terms of decent and civilized engagement and one could hope given the experiences of past our country seizes the moment to engage Pakistan in a purposeful dialogue aimed at resolving Kashmir and other problems.