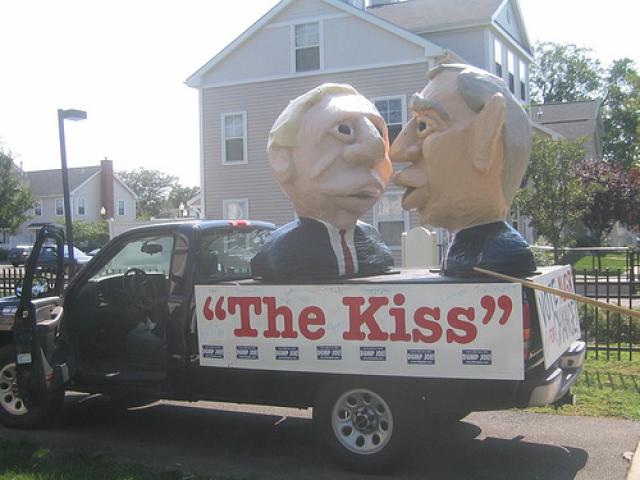 Sometime tomorrow, the Democratic Caucus of the United States Senate will vote, on a secret ballot, on whether or not Senator Joseph Lieberman (I-CT) will retain his chairmanship of the Homeland Security and Government Oversight Committee in the upcoming Congressional session.

Senator Lieberman also gave a speech at the Republican National Convention in support of McCain, saying, “I’m here to support John McCain because country matters more than party. I’m here tonight because John McCain is the best choice to bring our country together and lead our country forward.”  When asked in a radio interview whether or not Obama is a Marxist, Lieberman replied, “Well, you know, I must say that’s a good question.”

Senator Lieberman is supported by some of the caucus and castigated by others.  Senator Patrick Leahy (D-VT) has been especially vocal in criticism.  Senator Evan Bayh (D-IN) is willing to forgive and forget if Sen. Lieberman will apologize.  Whatever.

Joe Lieberman has proven himself time and time again to be untrustworthy, disloyal and self-centered.  There is no reason to expect him to change at this point.  Even after his ringing endorsements of McCain, when the results of the election looked more clearly in favor of Obama, Lieberman tried to take back some of his earlier statements.  He seems to be trying to capitalize on the fact that if Al Franken wins his Senate seat in and Jim Martin his runoff election in , the Democrats will need him to give them a 60 vote filibuster proof majority.

But Lieberman can’t be trusted.  He won’t vote with the Democrats to give them an edge.  He will play the edge for all its worth.  To himself.

Please, Democratic Caucus, to not fold to pressure from “post-partisan” pundits.  Punish Joe Lieberman and let him leave the Caucus if he so desires.  Good riddance to bad rubbish.