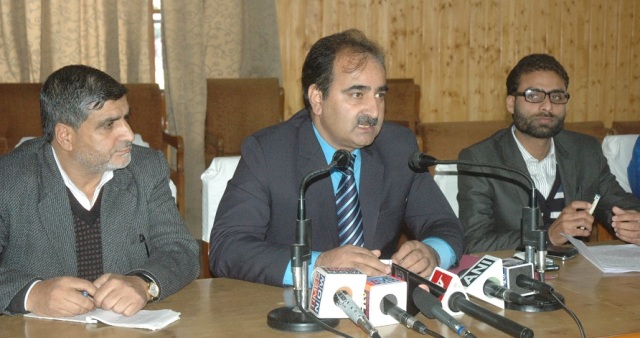 Baramulla, October 29, (Scoop News)- A total of 591235 voters will exercise their franchise in Baramulla district, which comprises of seven assembly Constituencies.

The District Election Officer Dr. Farooq Ahmad Lone while interacting with media persons informed that all necessary arrangements including the formulation of Transport Plan, EVM arrangements, creation of different monitoring teams, Establishment of a control room & Media Centre have already been put in place in the District.

He said the deployment of security forces has already been ensured. Similarly, expenditure monitoring cell has been put in place, he added.

The District Election Officer appealed media fraternity to play its role in the conduct of smooth, fair & transparent elections in the district. He hoped that the media will provide their full cooperation in this regard.
SOURCE http://scoopnews.in/det.aspx?q=41952