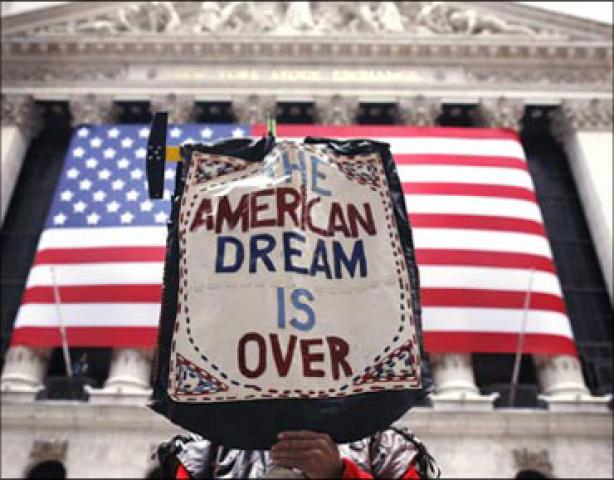 There’s been some discussion about outsourcing amid a recession that is leaving Americans unemployed. In these difficult times, the question why some have to benefit at the expense of others is relevant.

But, that paradigm has gone to new levels.

According to an India Abroad report, many Indian professionals were deported upon their arrival at JFK and Newark airports due to a new rule. The new regulation cites that foreign workers arriving in the U.S. on work visas should arrive at their workplace, say activists and immigrations attorneys.

Philadelphia-based immigration attorney, Morley Nair, said in a statement, "The airport deportations…have sent shockwaves through the H-1B community. H-1B employers, employees and their attorneys alike are flabbergasted by this brazen act of official highhandedness where individuals arriving on H-1B visas were singled out even before their primary immigration inspection, put through sham questioning, forced into making coercive statements, issued expedited removal orders, and sent back.”

Apparently, the problem is that workers with legitimate H1B visas are arriving at client sites or third party locations in the U.S. rather than at the employer’s office. A technically that some feel has taken the issue of outsourcing jobs to foreigners too far.

"Fifty to 80 percent of Indian H-1B visa holders come for a consulting company. Their companies will send them to client sites. The new rule stipulates that the petitioner of the visa should be present at the work place," said Aman Kapoor, ImmigrationVoice founder. The organization is an activist group for Green Card applicants and H-1B visa holders.

Nair commented that the practice of H1B visa holders turning up at client sites is the norm and has been around since the visa was first issued. As long as it is shored up with appropriate papers, it is not in violation of the law.

According to Kapoor, the move to curtail HIB holders stems from a memo by the Associate Director of Service Center Operations of USCIS, Donald Neufeld. The memo has only been issued on January 8, but the shocking nature of the response stems from customs officers interpreting the memo far too overzealously, said Nair. In some instances, immigration officials reportedly hassled HIB visa holders with questions about their pay and why they were being paid more than their American counterparts.

Cyrus Mehta, an attorney in New York explained the situation: “On one fateful day, January 11, when Continental Airlines Flight 49 landed in Newark from Mumbai, we know that CBP officer Matt McGirr and his colleagues, hunted through the lines for Indian H-1B workers even before they showed up for primary inspection. Their minds were made up. No detailed questions were asked’ reports business.rediff.com

Those who have been subjected to expedited removal (ER) will not be able to return to the U.S. for another five years, However, those Indian HIB visa holders who revoke their application for entry into the U.S. may go back with their funds and reenter following a new visa stamp or a new employer.

Attorneys say they are protesting against the actions of immigration officials with the authorities.