Turn this call to action on or off. Link this call-to-action to a page or your choice.Click here
Share Tweet Pin G Plus Email
Depression brings more disabling condition than arthritis or diabetise. This condition worsens when the depressed patient suffers from any other chronic illness. Dr Somnath Chatterji and colleagues asked people from 60 countries taking part in the World Health Survey a variety of questions about their health, such as how they sleep, how much pain they have, and whether they have any problems with memory or concentration. 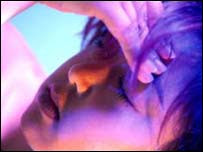 More than 245000 people were surveyed. Depression is a prolonged illness and it hampers the mental condition of the patient. After taking into account factors such as poverty and other health conditions, the researchers found that depression had the largest effect on worsening health. The researchers called on doctors around the world to be more alert in the diagnosis and treatment of the condition, noting that it is fairly easy to recognise and treat. The patient with depression requires more attention and sympathy. when the condition worsens it leads to suicidal tendency. Depression is assessed by degree of low-mood according to the doctor. Who gets depressed?
Depression is very common.
Between 5 and 10 per cent of the population are suffering from the illness to some extent at any one time.
Over a lifetime you have a 20 per cent, or one in five, chance of having an episode of depression.
Women are twice as likely to get depression as men.
Bipolar affective disorder is less common than depressive illness with a life-time risk of around 1-2 per cent. Men and women are equally affected.
The world community should focuss depression as they treat cancer or Aids.For detail
http://news.bbc.co.uk/2/hi/health/6981678.stm
Filed under: Health & Science, US
Share Tweet Pin G Plus Email
previous article: Bangladesh failed in balancing MP-LGR authority
next article: Video : Alert following Taliban threat for Islamabad