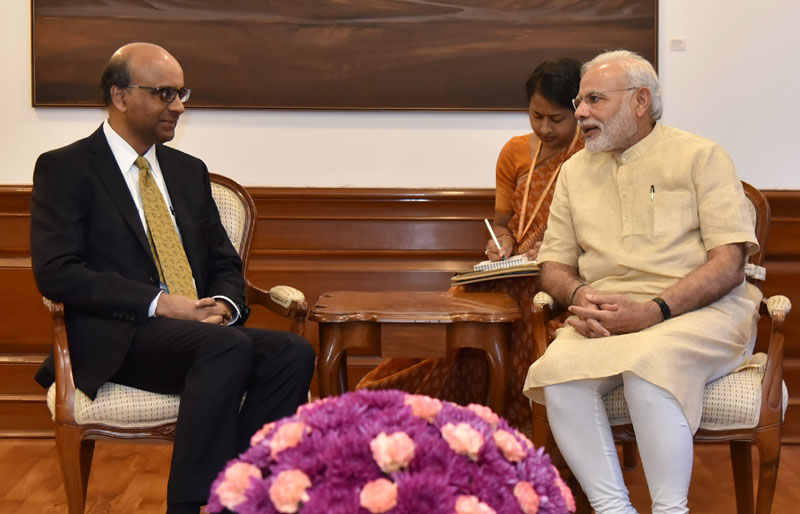 Mr. Shanmugaratnam briefed the Prime Minister on the status of various bilateral cooperation initiatives, especially in the areas of Skill Development and Smart Cities.

The Prime Minister recalled his successful visit to Singapore in November 2015, during which the bilateral relationship was upgraded to a “strategic partnership”, and said that he is keenly looking forward to the visit of Prime Minister Lee Hsien Loong to India in the near future.