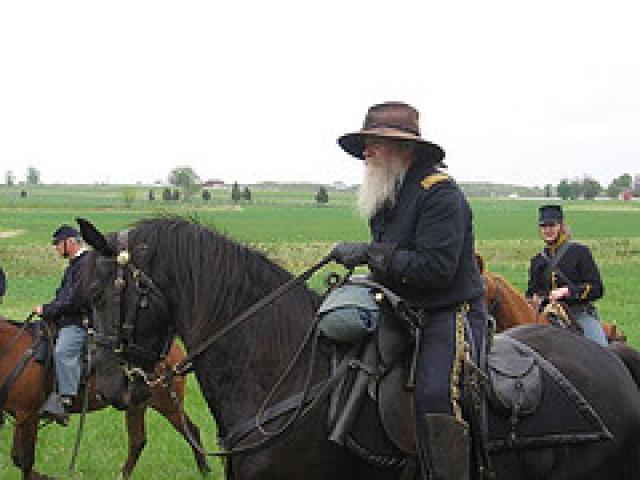 The French cavalry regime was marching towards Germany in order to conquer Germany. They stopped at a place near a river and pitched their tents for the night. They had to arrange feed for the horses. Therefore, the leader of the regime ordered a few soldiers to search for grass and bring it for feeding the horses.
The soldiers went with bags but could not find any grassland nearby. They went on and on and finally saw a hut in a valley. They saw an old man in the hut who welcomed them warmly. When they asked where they could find grass for their horses he immediately came out and asked them to follow him.
He went on his horse while the soldiers followed him. The soldiers found the grassland but the old man did not stop. When they asked him to stop, he told them just to follow him until he stopped. They crossed many grasslands but the old man continued to gallop until he reached particular grassland.
The soldiers were a bit annoyed by the old man’s mysterious behavior. They asked him why he did not stop at the places, which were much nearer to their place. The old man told them with a grin; “because they are not my lands”The soldiers were shocked by his good nature and honesty.
The old man was very clear in his attitude not to long for the properties of others even though it was just a waste grass. The lesson they learnt from the old man made them feel ashamed of their act of conquering another country. When they returned to the tent and told about the old man, they were all moved. The small noble act of the old man created a marked impact on them and they decided to return to their country abandoning the desire of conquering other countries.
Never desire for the belongings of others.
Filed under: Lifestyle, Music & Film
Share Tweet Pin G Plus Email
previous article: Differences Between Jerusalem and Networking…
next article: Two Countries, Two Fingers, Two Elections–Iraq and Zimbabwe