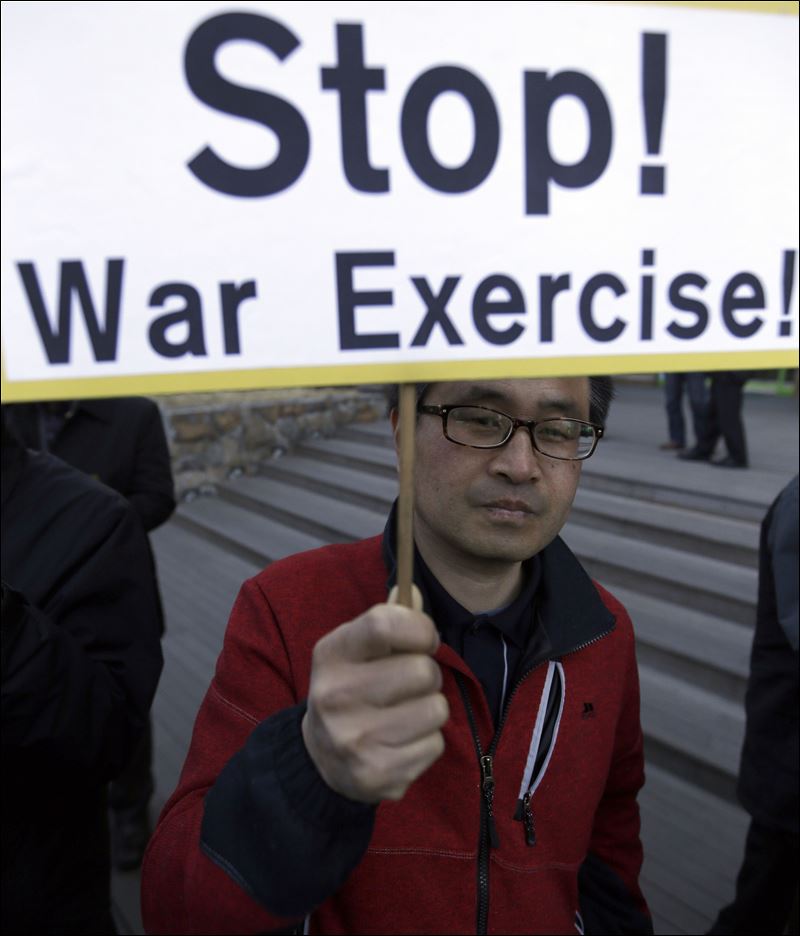 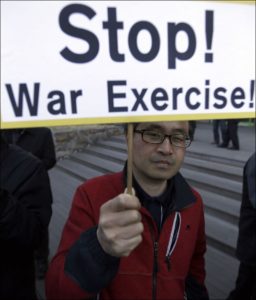 “Secretary of Defense Chuck Hagel spoke by phone this evening with Republic of Korea Minister of National Defense Kim Kwan Jin to discuss the security situation on the Korean Peninsula, the United States’ unwavering commitment to the U.S.-ROK alliance, and the importance of regional cooperation to reinforce deterrence against North Korean threats.

Secretary Hagel and Minister Kim reaffirmed the strength of the alliance and agreed that close consultation and coordination are pivotal in promoting alliance unity and readiness in all areas.

The secretary highlighted the steadfast U.S. commitment to the defense of South Korea, including extended deterrence capabilities, and expressed his gratitude for the shared investment the United States and Republic of Korea make toward the combined defense” (source: Congressional Recordhttp://www.defense.gov/Releases/Release.aspx?ReleaseID=16525).
According to Human rights advocates the human rights record of South Korea leaves much to be desired.

According to reports thee National Security Law in South Korea makes it a crime to express sympathies with North Korea, and though it is not consistently enforced, there are over 100 people imprisoned under it annually.

Furthermore the law is used arbitrarily to curtail the right to freedom of expression and association, providing long sentences or the death penalty for loosely defined ‘anti-state’ activities.
Military service is mandatory for nearly all South Korean men.