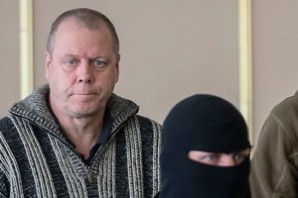 Moscow: On May 2nd, 2014 a Kremlin source revealed that President Vladimir Putin has been working behind the scenes to free foreign military observers taken hostage in Ukraine. A fact not being reported in the West for political reasons.

The military observers taken hostage in this situation were from the Organization for Security and Cooperation in Europe.

The Organization for Security and Co-operation in Europe (OSCE) is the world’s largest security-oriented intergovernmental organization. Its mandate includes issues such as arms control and the promotion of human rights, freedom of the press and fair elections

In that incident, the Wall Street Journal reported that the Ukrainian  Interior Ministry said a group of what it called pro Russian “terrorists” commandeered the bus carrying 13 people—seven OSCE officials, five Ukrainian Army soldiers and a driver—on a road to the separatist stronghold of Slovyansk, and drove them to their headquarters there.

According to the Kremlin President Putin is “following closely developments in southeast Ukraine, where a military operation is taking place against supporters of federalization.”

President Vladimir Putin strongly “condemned any use of military force against civilians” in a phone call with German Chancellor Angela Merkel, the Kremlin said, as his foreign minister, Sergei Lavrov, reiterated warnings to Ukrainian leaders.

Russian officials indicated that they have not been able to make contact with Mr Lukin since the Ukrainian military operation began.

On May 1st 2014 Vladimir Putin had a telephone conversation with Federal Chancellor of Germany Angela Merkel at the German side’s initiative.

The parties continued their discussion of the critical social and political developments in Ukraine. Ms Merkel made a request to assist Ukraine in releasing the military observers representing a number of European countries, including Germany, who were detained in the southeast of Ukraine.

Vladimir Putin stressed that the most important thing now is to withdraw all military units from the south-eastern parts, stop the violence, and immediately start a national dialogue that would involve all regions and all political forces within the framework of a constitutional reform.

Both parties noted the importance of a maximum involvement of the OSCE’s intermediary potential all over Ukraine.

The two leaders agreed to have another telephone conversation.