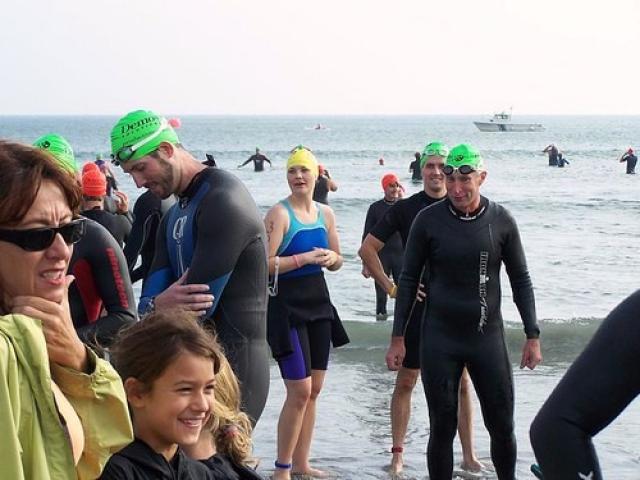 The death of a triathlete in New York City underscores the potential risks for weekend warriors who take on extreme endurance challenges like marathons, triathlons and mountain climbing.

A 32-year-old man from Buenos Aires died during the swim portion of Sunday’s Nautica New York City Triathlon. Esteban Neiva made it through more than half of the 1500-meter swim before having to be pulled from the water.

The race took place on a hot, humid day in New York, and many competitors complained of jellyfish in the Hudson River. Some athletes were stung, while one dropped out of the race early because of the jellyfish.

Neiva’s was the fourth death of a triathlete in the United States since May 2008, all of which occurred during the swim portions, according to the New York Times.

After a 38-year-old man died during the swim portion of a triathlon in Massachusetts in 2007, race officials admitted that amateurism can be a problem, and USA Triathlon has considered requiring participants “to have competed in a number of smaller triathlons before being allowed to register for others,” reported the Boston Globe.

More people are also running marathons and attempting to climb Mount Everest, both activities once considered solely the realm of professional athletes.

While triathlon officials view the sport as a serious endeavor, the prevalence of triathlons and varied training advice could convince too many people, regardless of fitness level, that they too are capable of competing in the grueling sport.