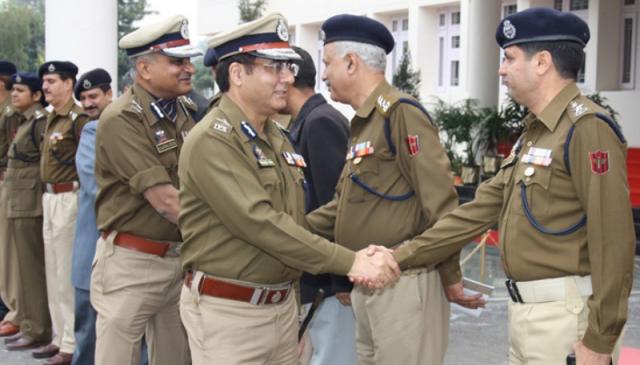 On the occasion, the Director General of Police (DGP), . Kuldeep Khoda inspected various moving pre-establishments including PHQ, Armed, Security, CID, Railways, Traffic, Home Guards and Telecom Headquarters. The DGP was received at PGQ lawns by senior police officers and was presented a Guard of Honour by the contingents of Armed Police. Accompanied by senior police officers, . Khoda visited various sections of PHQ and enquired from the officers and officials about the working on their sections. He stressed upon them to work with zeal, dedication and discipline.

Later, . Khoda chaired a high level meeting of Heads of all Wings of the organization at PHQ and discussed security, law and order and other professional matters. He expressed satisfaction over the law and order situation and emphasized for peace and development with the cooperation of people across the state.