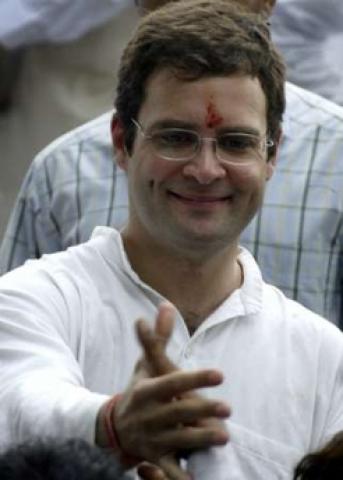 Dhaka welcomed Rahul Ghandi, one of the Congress central general secretaries and member of Lok Shabha (lower house of parliament), with a tight security measure at 3:30 pm of standard time. Mr. Ghandi, the son of Indian former Prime Minister Rajiv Ghandi and Congress President Sonya Ghandi, arrived in by a special flight in a five days personal visit. Rahul is scheduled to visit the development activities of BRAC, the largest NGO in and Grameen Bank that known as Bank of Poor.

Report posted in the web edition of a based newspaper said that Rahul Ghandi is keen to learn more about micro-finance from Grmeen Bank expariance and he may look forward to replicating some of those in his parliamentary constituency. He is also very keen to know about the empowerment of poor especially the women, informed BRAC sources. The young law maker of was invited by BRAC authority.

The visit of Rahul Ghandi was in the focal point of local press. Most of the dailies published news on his visit.

Political analyst in said that after the high profile visit of Indian Army chief, the visit of Rahul Ghandi has a very positive influence on the bilateral relation of and , though it is very personal. Analysts hope that as a leader of the party in power & MP and of course for his pleasant personality he could do many things for Bangladesh-India bilateral relations strengthen farther. #