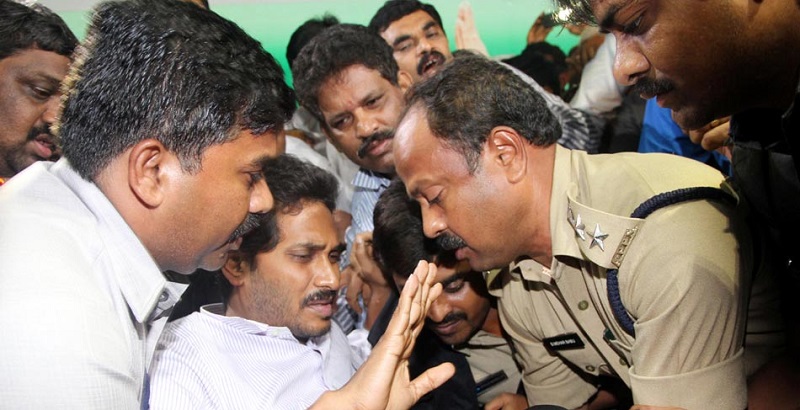 YSRCP Chief Mr. YS Jagan Mohan Reddy’s indefinite fast to achieve ‘Special Status’ for Andhra Pradesh was foiled by Police. The police shifted him to Guntur Government Hospital at 4 am on day 7 of the deeksha in Nallapadu, Guntur on 13-10-2015. (Picture Source: Saakshi)

Kadapa (GR-TYP-BIN): Protesting against the foiling of YSRCP Chief Mr. YS Jagan Mohan Reddy’s indefinite fast, the party workers in various places took to rallies against the high-handedness of the police and Chandra Babu Government on October 13.

A protest was staged at the Pulivendula bus stand by former minister YS Vivekananda Reddy. Scores of party workers extended their support and joined the protest.

Protest was staged at the Rayadurgam RTC Depot in Anatapur district under the supervision of ex-MLA Kapu Ramachandra Reddy. The protest was foiled by police and the party workers were taken into the custody.