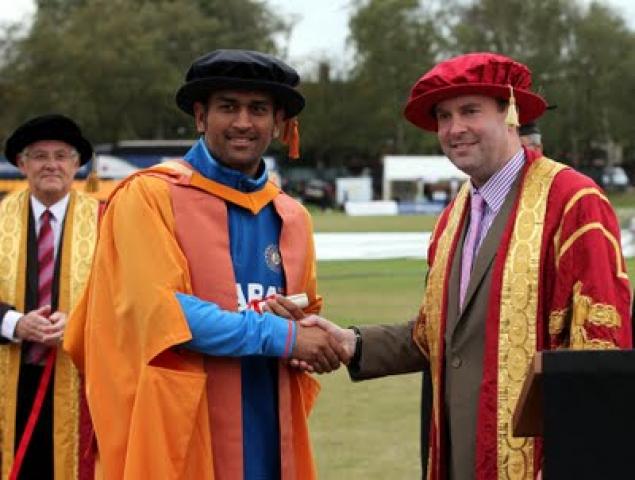 In London the Indian captain Mahendra Singh Dhoni  was awarded with Honorary Doctrine of Letters by UK’s De Montfort University dui to his contribution in the field of sports.

This was given to Dhoni by the Vice Chancellor of De Montfort University, Leicester, Professor Dominic Shellard in front of 6,000 people.

Awarding the degree Professor Shellard said, "De Montfort University is delighted that M S Dhoni accepted an honorary Doctorate of Letters due to his excellency in the field of sports.

Dhoni was given the Doctrine degree after the completion of India’s practise match against Leicestershire.

India’s victory in Mumbai will remain as an iconic moment in the history of cricket and this Doctrine degree will remain side by side to that victory.