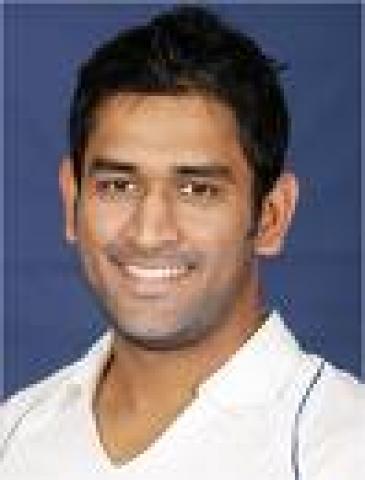 "L K Advani is my idol and I follow his ideals. I want to serve the party and work for the betterment of the people of the state", Narendra Singh Dhoni told newsmen after joining the BJP.

Replying to a question on who inspired him to join the saffron party, Narendra Singh Dhoni said when he saw thousands of deprived people around him he felt like helping them out.

"And with Atal Behari Vajpayee and L K Advani in its ranks, I find the BJP to be the perfect platform from where I can work for the people", he said.

"I am also impressed with Gujarat chief minister Narendra Modi’s work in his state," the 38-year-old Dhoni said.

He evaded another query when asked whether his famous brother would follow suit saying this was a query the media should ask the cricketer.

On whether he would contest the assembly elections in Jharkhand which is under President’s Rule now, he said "I have not thought of it. Right now I have joined and my first priority is to serve the party in whatever capacity. From here I will straight away go for campaigning for our party’s Ranchi candidate Ram Tahal Chaudhary".