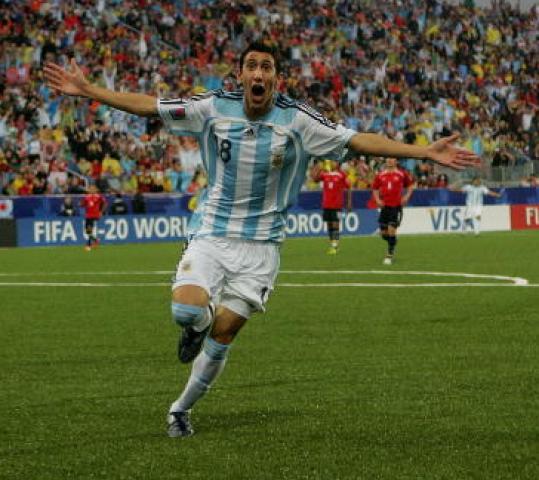 Madrid looked to for a Plan B or C, but now that Diego Milito and Klaas-Jan Huntelaar sem to be out of the mix, they emerged with  a Plan D.   Benfica´s Ángel Di Maria seems to be the name of the day coming out of Valdobobes.  The Argentine-20´s agent was contacted to day to find out about the possibility of buying the the former Rosario Central phenom.

Madrid sees in him a potential replacement for Robinho, who looks to be on the way out after the end of this coming season.  The Brazilian international’s agent,  Wagner Ribeiro stated in an interview that his client will be looking to move on because of the lack of consideration he received during the past year or so as well as an incessant desire by Chelsea boss Luiz Felipe Scolari to see the former Santos star conduct his team.

Di Maria would be a worthy candidate for the future as he´s proven his worth on the international stage as a U-20 world champion and as he is only one win away from a gold medal in Beijing.