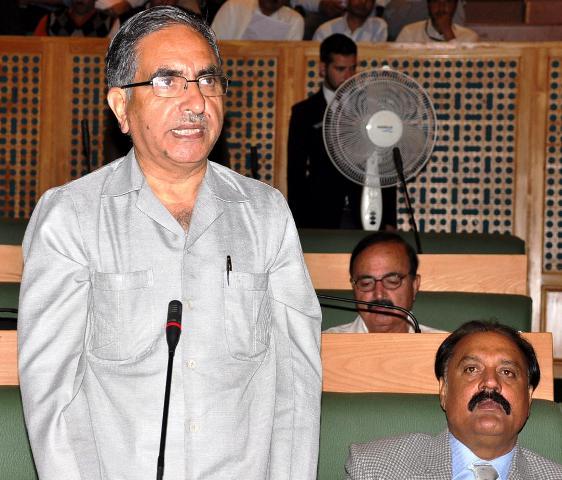 , September 30 (Scoop News) – Minister for Agriculture  Ghulam Hassan Mir while paying rich tributes to the deceased leaders and ex-legislators said that these men of thought rose to high positions by dint of their hard work and extra-ordinary mental capabilities.

The Minister said that the collective efforts are needed to fill the headlines of the world media with development, peace and prosperity rather than allowing them to depict present misery.

Mir said safeguarding future for the children of J&K and making the state crown of practically, is responsibility of all. He said instead of raising fingers on one anther a unanimous policy needs to be evolved to steer the state on the path of progress and prosperity. He said opposition should stop ‘escape politics’ and play constructive role to ensure bright future for the citizens of the state.

Urging separatists to avail the opportunity of coming to table through the 8-point package announced by the Centre, he said dialogue is the best way to sort out problems. He said instead of instigating innocent youths to agitate on roads separatists must join dialogue to help in resolving issues.