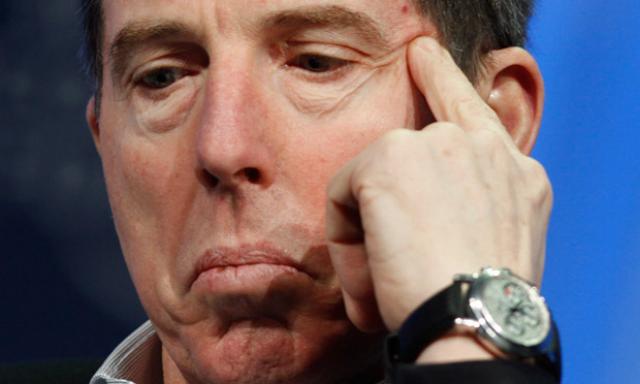 
In a dizzying series of fast-paced events in the City, London’s financial hub, Barclay’s Chairman, Marcus Agius, has been re-instated and Bob Diamond, the American-born CEO, has resigned. The highly unusual switch occurred when it became apparent that Diamond’s attempt to hold onto his job was causing both public outcry and withering scepticism from politicians and members of the financial community.

There were additionally reports that Diamond was facing a "coup" organized by Barclays Capital employees, according to a report from CNBC’s John Carney. Senior investment bankers in New York were said to be meeting to figure out a strategy. Carney quoted one of the bankers as saying, « We were like, ‘What world is he living in? How could he not see the writing on the wall?"

Diamond’s resignation was followed by that of one of his key allies, Jerry del Missier, Barclay’s COO. del Missier was the official responsible for telling Barclays staff they could submit lower LIBOR quotes in 2008.

Diamond spent Wednesday testifying before the Treasury Committe in Parliament, where he has attempted to give his side of the story in the LIBOR interest rate scandal. His position can be summed up as « The Bank of England told us to do it, » as the Daily Mail banner headlined it yesterday.

Papers submitted by the bank to the Treasury select committee before the ex-CEO’s appearance reveal that Diamond will testify to a lack of knowledge by anyone in the bank above desk supervisor level of the rate-fixing actions.

"Senior management were not aware," according to Barclays.

Chairman Agius for his part has said he had known about LIBOR rate fixing at his bank for ‘more than two years’ and came under pressure to explain why he did not act decisively to get rid all of those involved, including Bob Diamond. "A number of people have gone. I am talking about those who took the decisions a number of years ago," he said. Agius’s testimony, scheduled for Thursday, has been postponed.

Current and former Treasury officials such Paul Tucker will also testify to give their version of events.

The hearings themselves continue to be controversial because, apart from their headline grabbing nature and the public interest in hearing about possible collusion between the powerful bank and the government, they are Prime Minister David Cameron’s attempt to channel public outrage in the direction of a Parliamentary hearing rather than a legally binding inquiry which could result in criminal proceedings.

Diamond is at present entitled to a £22m departure fee from the bank. He has been paid £100m by the bank over the past six years.

J. Iddhis Bing lives in Paris, where he reports on the cultural and financial scene.