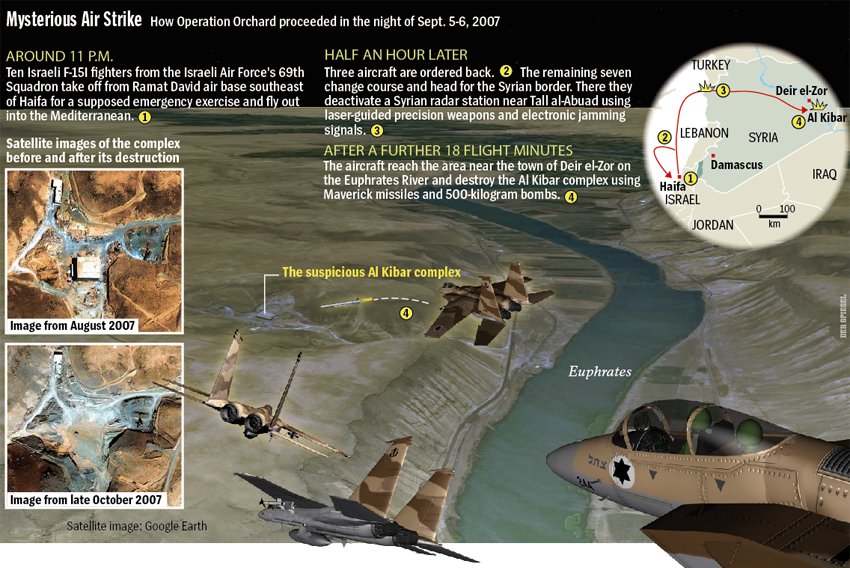 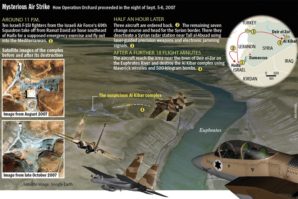 In his book, “Decision Points”, former president George W. Bush recounts events leading up to the bombing of a facility in Syria suspected of housing a nuclear reactor.

“Iran was not the only nation endangering the freedom agenda by seeking nuclear weapons. In the spring of 2007, I received a highly classified report from a foreign intelligence partner. We poured over the photographs of a suspicious, well hidden building in the eastern desert of Syria.

The structure bore a striking resemblance to the nuclear facility at Yongbyon, North Korea, we concluded that the structure contained a gas cooled, graphite moderated reactor capable of producing weapons grade plutonium. Since North Korea was the only  country that had built a reactor of that model in the past thirty five years, our strong suspicion was that we had just caught Syria red handed trying to develop a nuclear weapon capability with North Korean help.

That was certainly the conclusion of Prime Minister Olmert. “George, I’m asking you to bomb that compound”, he said in a phone call shortly after I received the report…” pg 421

“Before I made a decision, I asked CIA Director Mike Hayden to conduct an intelligence assessment. He explained that the analysts had high confidence that the plant housed a nuclear reactor. But because they could not confirm the location of the facilities necessary to turn plutonium into a weapon, they had only low confidence of a Syrian nuclear weapons program.”

“One September 6, 2007 the facility was destroyed (by an Israeli airstrike).