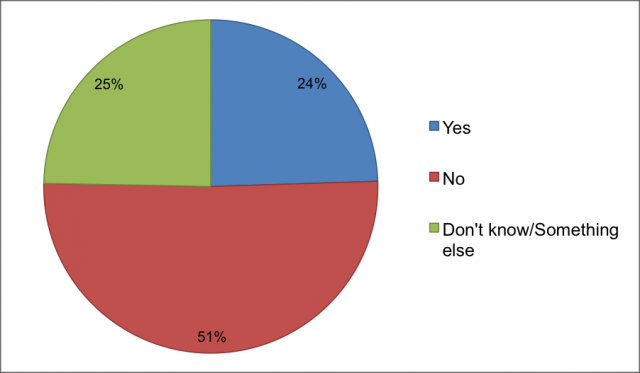 It’s been over a decade since the beginning of the Iraq War and over a year since US combat forces pulled out of the country.  And though the war is technically over, a recent poll from the Media and Public Opinion Research Group finds that half of the American public doesn’t think the US won the war.

When asked if the United States won the war, half of the country says no, a quarter says yes and another quarter doesn’t know.

One possible reason that only a quarter of Americans consider the war to be won is the continuing violence in the country.  April 2013 was the most violent month in Iraq since 2008, with over 700 people were killed and 1,633 wounded.

Another consideration could be the huge cost of the war to the US.  4,422 Americans were killed in Iraq, and many more wounded.  On the financial side, a Brown University study estimated that the Iraq War cost $1.7 trillion plus the amount owned to veterans in benefits.

Whatever the reasoning, Democrats and Republicans are uncharacteristically in agreement.  Around the same proportion of people affiliated with both political parties feel the US did not win the war in Iraq.